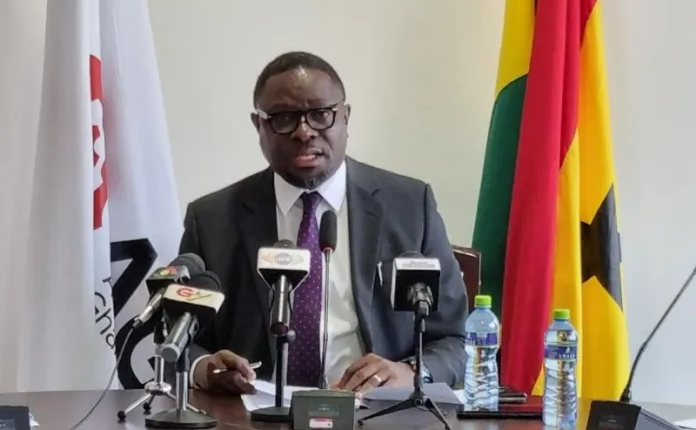 AGI kicks against any new taxes in 2023 budget; urges deploying technology to rake in more

The Association of Ghana Industries has called on government to resist introducing any more revenue tax handles in the 2023 Budget that Finance Minister Ken Ofori-Atta, is expected to present to parliament tomorrow.

Instead, president of the Association, Dr. Humphrey Ayim-Darke, has urged government and the relevant institutions to deploy efficient technological means of collecting revenue from existing avenues to cushion the economy.

“We do not expect in this budget that we will see new revenue tax handles. There is so much revenue out there that we expect once you deploy efficient technology means, we can rake in the domestic revenue and correct all the cyclical issues – including the forex issues – which are all part of the debt sustainability approach.  It all comes back to your domestic revenue mobilisation,” he said.

He told this to the Parliamentary Select Committee on Trade and Industry, when the Committee engaged the Association of Ghana industries (AGI), Ghana Chamber of Commerce (GCC) and Ghana Union of Traders’ Association to come up with practical and immediate solutions to address the economic challenges businesses are experiencing in the country.

Dr. Ayim-Darke in his submission also called for broader consultation during policy formulation, which according to him will accrue to the benefit of all stakeholders.

“We need to go beyond policy formulation and see a clear plan from parliamentarians that represents us – NDPC, Ministry of Finance and the Executive. We should focus on the national collective good, not any document that the party manifesto is based on.

As regards consultation for policy formulation, James Klutse Avedzi – who is a member of the Committee, bemoaned the poor procedure in collecting inputs from parliament as well as market players.

As a result, he noted that a new budget bill which is yet to be laid before the House will mandate the finance minister to consult parliament in formulating the country’s budget statements and economic policies.

“When you talk about government policy formulation, the process of formulating policy does not involve parliament. Parliament only hears of that policy for the first time when the budget statement is presented. That is why a week after the budget has been presented we have a debate, and that debate is basically on the policies of government; the policies which underpin the budget numbers.  So, there’s a problem there – that when the policy is being formulated, the input of parliament is not sought.

“That is why some of us, about three of us, are sponsoring a private members’ bill called the Budget bill – whereby along the line government needs to consult parliament on an input into whatever policy they are developing. So if the Budget bill is passed into law, there will be some legal basis upon which he must come to the house for inputs,” he said.

For him, it is crucial for the Ministry of Trade and Industry, for instance, to consult players like GUTA, AGI and other stakeholders in industry to develop and finalise policies.