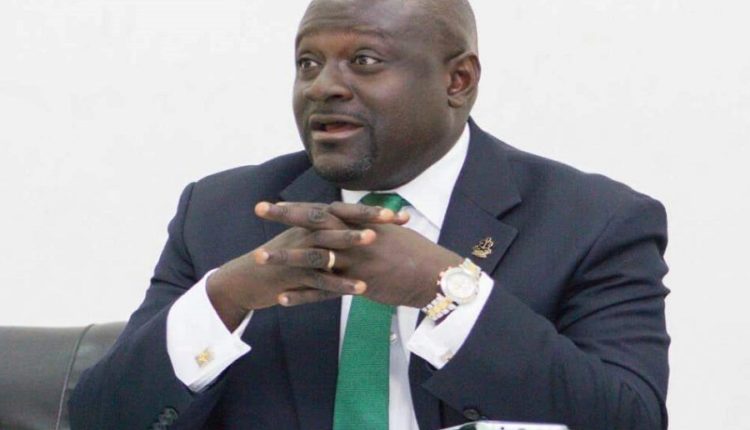 The Chairman of the Finance Committee of Parliament, Dr Mark Assibey-Yeboah, has accused the Special Prosecutor of doing a sloppy job with assessing the approval of the controversial Agyapa royalties deal.

In an unwavering defence of the work Parliament did in the approval that has courted suspicions from the minority legislators and 22 civil society organisations, Dr Assibey-Yeboah insisted that Mr Martin Amidu’s assessment of Parliament’s work was abysmal and highly opinionated without basis.

“We have done a fantastic job, thus far, there is no financial loss to the state. It is a good transaction. The idea has been there since 2011. Monetising our gold royalties is the way to go and we should applaud those who put this transaction together,” he said on Accra-based radio station.

Although the Special Prosecutor examined the paper trail from parliament concerning the deal, Dr. Assibey-Yeboah insisted that “it is not sufficient without talking to the people involved. What he put out there are conjecturers, hypotheticals, and hearsays.

The Special Prosecutor had raised questions about the processes leading to the selection of transaction advisors for the Agyapa deal, which he described as “opaque”.

In a 64-page document released by the Office of the Special Prosecutor after it completed an anti-corruption risk assessment of the processes leading up to the request for approval of the Agyapa deal, Mr. Martin Amidu noted a number of wrongs that needed correcting.

Mr. Amidu took on Parliament for failing to do due diligence on the transaction that it approved within 24 hours.

It is a position that vindicates the Minority who walked out of the decision-making process while the majority approved the deal.

Since the civil society organizations and the minority have not given the government peace in the deal in which the government was seeking to give out 49% of its shares in special purpose vehicle known as Agyapa to raise $1 billion from the London and Ghana Stock exchanges for development projects.

But a wave of red flags raised by the 22 civil society organizations and the minority in Parliament compelled the government to hasten with caution.

The Finance Ministry, and now Parliament has been defending their role in the approval of the deal.

Dr Assibey-Yeboah said the Special Prosecutor’s lack of consultation while screening the deal was problematic, insisting parliament had done a thorough job.

“He didn’t even consult me. He could have easily called me and invited me to speak with him. You have passed judgement on an arm of government without taking the pain to speak to the Majority Leader, the Speaker of Parliament, the Chairman of the Finance Committee, all those connected with the approval process and you think we should swallow hook line, and sinker what you put out?” he told Joy FM.

He was not done yet. He accused Mr Amidu of putting out a document that looked like the commentaries of a social commentator.

With the Special Prosecutor needling the Finance Ministry for failing to subject the selection of the transaction advisors for the deal through the procurement process, Dr Assibey-Yeboah refused to accept responsibility for the inability of the lawmakers to scrutinize that part of the deal.

“It is not the work of Parliament. It is the [work of the] public procurement authority. When agencies of government do their work, we don’t go behind and find out if they did a good job or not. It is the PPA that should give approval for the selection of a transaction advisor.

“The PPA does not report to us that when they have given their approval as per their work, we will go back to review their work.

The Special Prosecutor indicated that the Deputy Minister of Finance, Charles Adu Boahen, who signed the deal “knew or ought to have known that he could not commit the Republic to any contract let alone sign the Mandate Agreement in the name of the Republic. Sections 7, 25(3) and (4) and 102 of the Public Financial Management Act, 2016 (Act 921) vested the power and authority to commit the Ministry of Finance to any contract for and on behalf of the Republic in the Principal Spending Officer who is the Chief Director of the Ministry of Finance

But Dr Assibey-Yeboah again shot down the claim saying “he [Amidu] does not understand the public finance architecture,” as Chief Directors of ministries are spending officers who could not authorise the release of money.

After the release of the Special Prosecutor’s report, President Nana Akufo-Addo directed the Finance Minister to relook at the transaction.

But Mr Asibey shot it down and insisted that “in my mind, it is a closed chapter,” adding that unless there was a new angle to what had been done, it could not be reviewed.