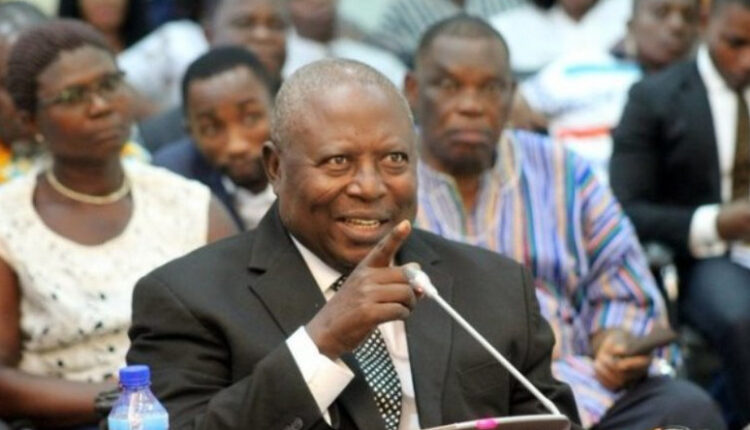 The Special Prosecutor has raised questions about the processes leading to the selection of transaction advisors for the Agyapa deal, which he described as “opaque”.

In a 64-page document released by the Office of the Special Prosecutor after it completed an anti-corruption risk assessment of the processes leading up to the request for approval of the Agyapa deal, Mr Martin Amidu noted a number of wrongs that needed correcting.

It noted for instance that the analysis of risk corruption and anti-corruption assessment in the bids selection process led to an assessment that the involvement of Imara Corporate Finance Limited, a South African company in the mandate agreement which was approved by the Public Procurement Authority needed parliamentary approval.

This is because it qualified as an international business but it was never put before Parliament.

Before its suspension, the government was looking for cash to finance capital expenditure and wants to leverage the country’s mineral resources to raise $1bn.

This compelled the government to temporarily suspend the deal.

Imara Corporate Finance Limited won the bid to be transaction advisors with Databank as its local partners.

But Mr Amidu took issues with the approach in selecting the South African company.

“The whole of the fees for the bid purportedly won by Imara of South Africa with its decoy, Databank, is to be paid in United State dollars.

“The mandate agreement does not say how long and when the decoy, Databank of Ghana was to be paid by Imara for a contract purportedly won and performed jointly,” the document signed by Mr Amidu said.

Further, it noted that “this opaque arrangement in the contract negotiation process not arising out of Public Procurement approval is what made the analysis of the risk of corruption and anti-corruption assessment conclude that the selection of transaction advisor(s) disclosed a reasonable suspicion of bid-rigging and corruption activity.”

The reasonable corruption activity, it said included the potential for illicit money flows and money laundering in the arrangement of how the fees payable to Databank, which has not been approved under Public Procurement Authority Act, was to be paid.

Under the agreement, the transaction advisors were to be paid $15,000 monthly retainer for 12 months during the evaluation and recommendation phase of the deal and $4 million as a success fee.

He wants Parliament to relook at arrangements in the transaction.

Below is the full report