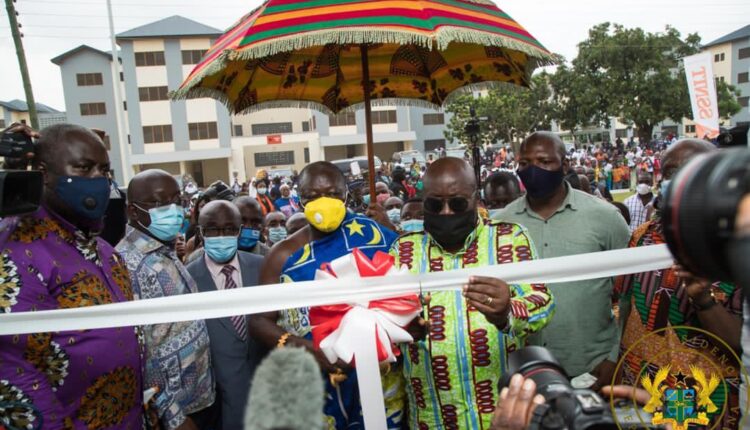 In an attempt to bridge the housing deficit of 1.7 million, President Akufo-Addo has commissioned the Asokore-Mampong Housing unit.

The 312-housing unit is part of six housing projects started by President John Kufour’s administration in 2005. 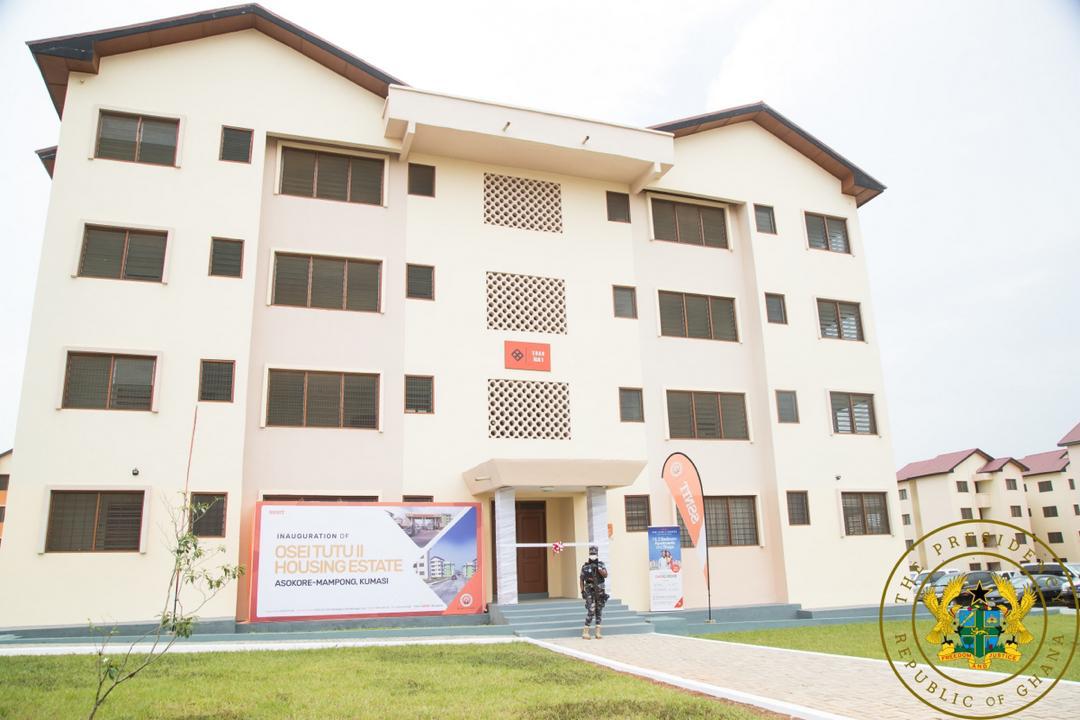 “Two important projects (Boankra Inland Port and the Asokore Mampong Affordable Housing Units) initiated by my predecessor, former President Kufuor, have been brought to completion for me,” he said

The project is intended to provide accommodation for low middle-income workers and also to build the capacity of local contractors.

The project like many other government projects stalled after President Kufour left office.

Nana Akufo-Addo expressed worry over the desertion of government projects after the initiating government leaves office.

“God being so good, he has made it possible for us to complete it,” he said

The Social Security and National Investment Trust in 2016 took over the project and completed it in two years with GH¢256,972,988.04 as a total investment.

On his part, the Director-General of SSNIT, John Ofori Tenkorang said, even though the project started under the NPP government (through the Ministry of Works and Housing) in 2006 it stalled until 2015 when the Ministry and SSNIT reached a consensus. 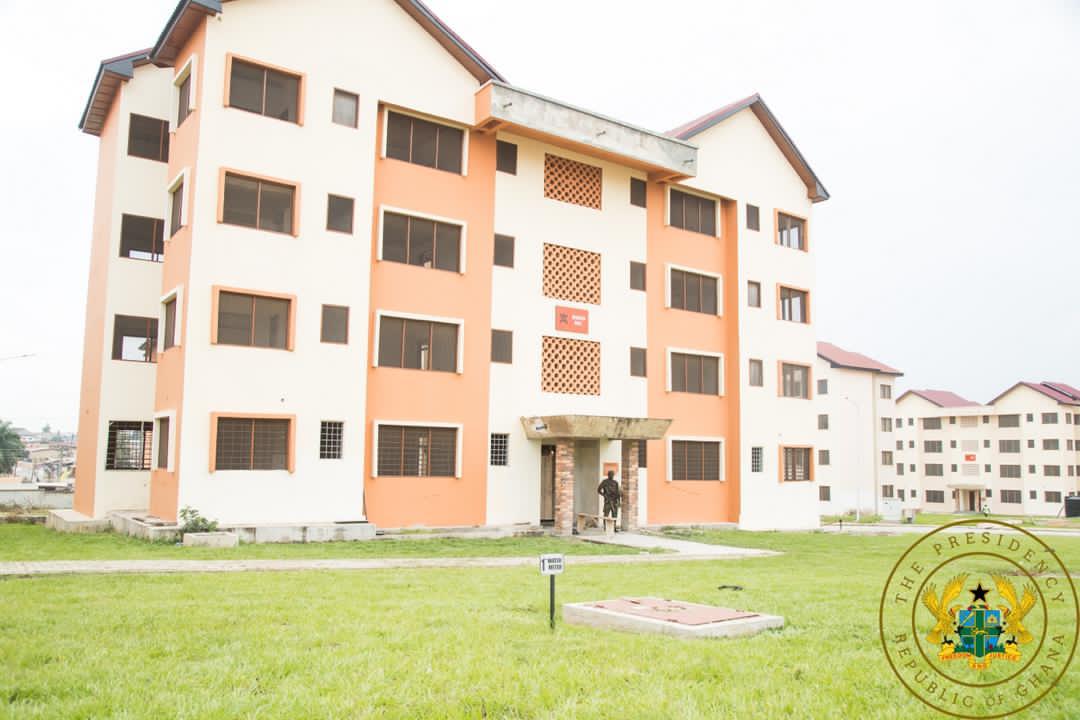 According to him, the collaboration between the Trust and government to complete the project was not only a part of the solution to closing the housing deficit but also as an investment asset for the Scheme.

“As you know, we are a pension fund created by statute and our job, among others, is to invest funds of contributors to generate adequate returns so that we can continue to pay benefits to retired workers and their dependents”

All the blocks have been named after Adinkra symbols to reflect the culture and traditions of the Asante Kingdom.

Other Housing projects are situated at Borteyman, Kpone, Koforidua, Tamale, and Wa. 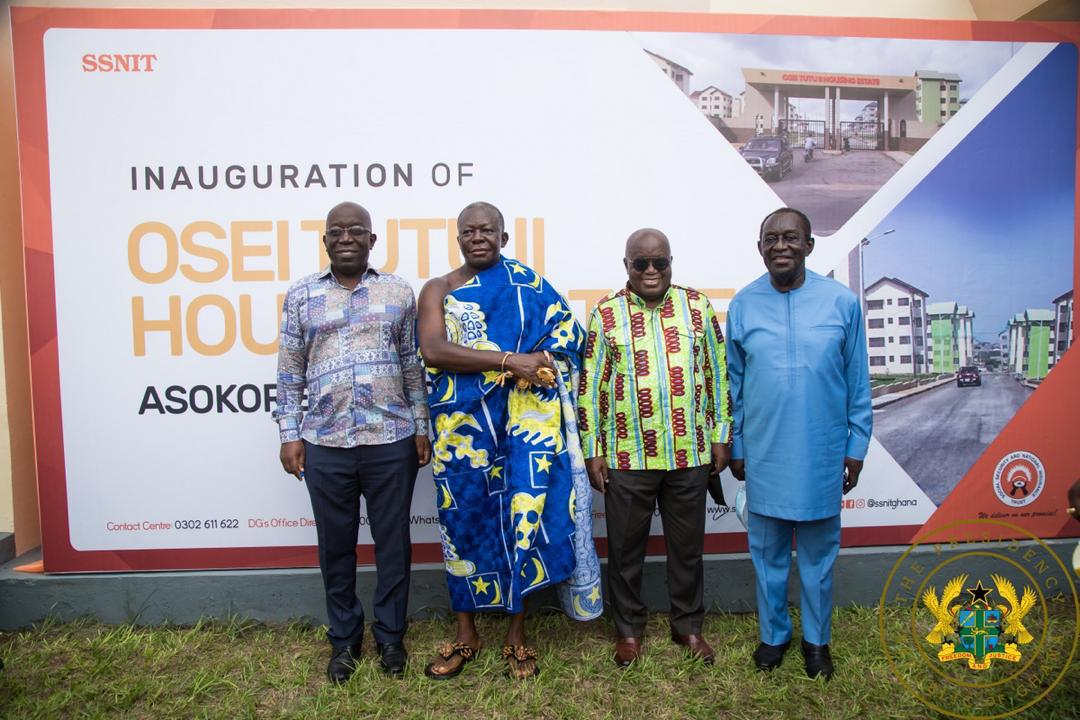 With a housing deficit of 1.7 million houses, the Government of Ghana has partnered with the United Nations Office for Project Services (UNOPS) to deliver 100 000 new affordable housing units by 2022.