Source The Ghana Report/Gloria Kafui Ahiable
On September 7, 2019, 7:07 AM
Share

President Akufo-Addo has commissioned the OmniFert Fertilizer Factory in Dawhenya, in the Ningo Prampram constituency.

The project is expected to create jobs in the agricultural sector for hundreds of unemployed youth.

According to the President, when the second phase of the project is completed, it will be the largest indigenous blending plant in the country.

Speaking at the commissioning, the President said the Omnifert fertiliser company was a key component of the programme for “Planting for Food and Jobs” since it was going to lead to the provision of subsidized fertilizers to farmers.

“The creation of a buoyant agricultural sector is at the heart of his government’s transformation agenda, “because agriculture continues to be the anchor of the country’s economy,” he told the gathering at the commissioning.

He noted “With most small-holder Ghanaian farms characterised by low productivity, the President stated that the application of correct amounts of fertiliser will be a factor in multiplying yield, and enhancing farmers’ incomes from the same acreage of land. ” 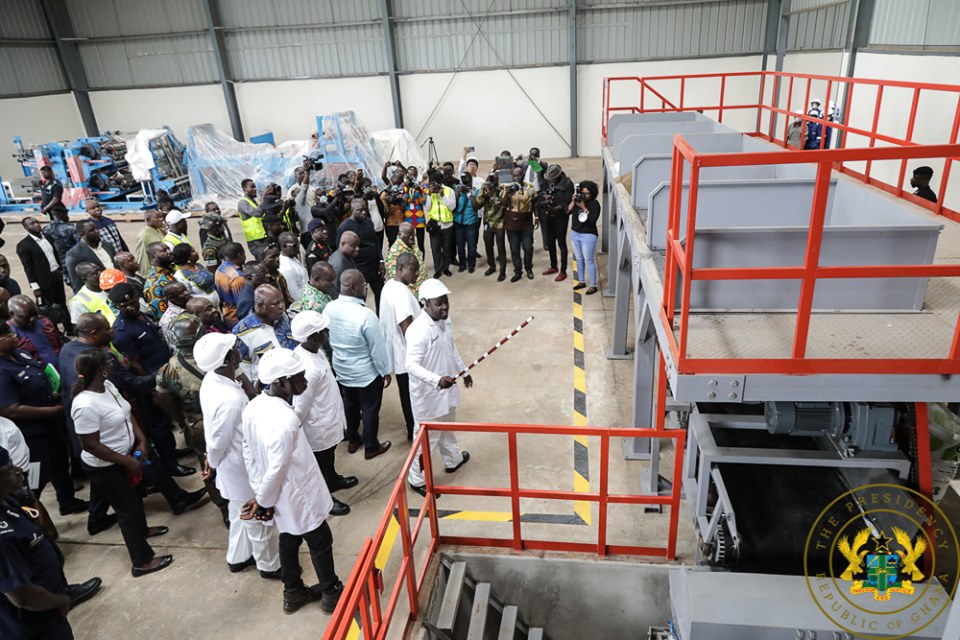 President Akufo-Addo encouraged private sector players across all value chains of agriculture, such as improved seeds and fertilizer companies, and companies engaged in agricultural mechanisation, irrigation and water management, warehousing, food manufacturing and processing, logistics, cold storage and transportation, information technology and telecommunications, to join hands with government, and play their part in creating a Ghana Beyond Aid.

“I have great confidence in the Ghanaian’s sense of enterprise, creativity, innovation and hard work, and believe firmly that, given an enabling atmosphere, the sky is the limit for us. The promoters of Omnifert provide the evidence. I congratulate them on this remarkable achievement, and encourage them to continue to be shining examples of Ghanaian success,” the President added.