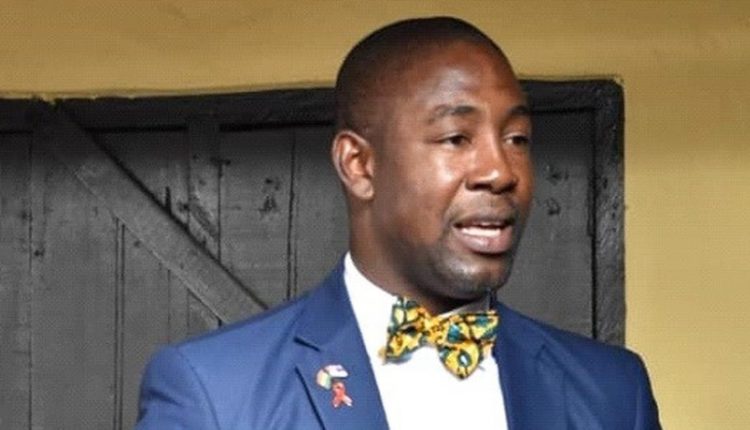 President Nana Akufo-Addo has nominated a medical doctor and NPP MP, Benard Oko-Boye, as a deputy minister of Health.

The nomination comes after the MP received several plaudits for his communication skills, especially as the government is battling the deadly coronavirus.

The NPP MP, a debutant in Parliament, has been enjoying growing popularity for his independent-mindedness on topical national issues.

Before his appointment, there was a small movement on social media decrying the lack of medical expertise among the three top political appointees at the Ministry of Health.

The board chairman of Korle Bu Teaching Hospital moves from the periphery of Akufo-Addo’s government to a more central role as the second in command of the health ministry. 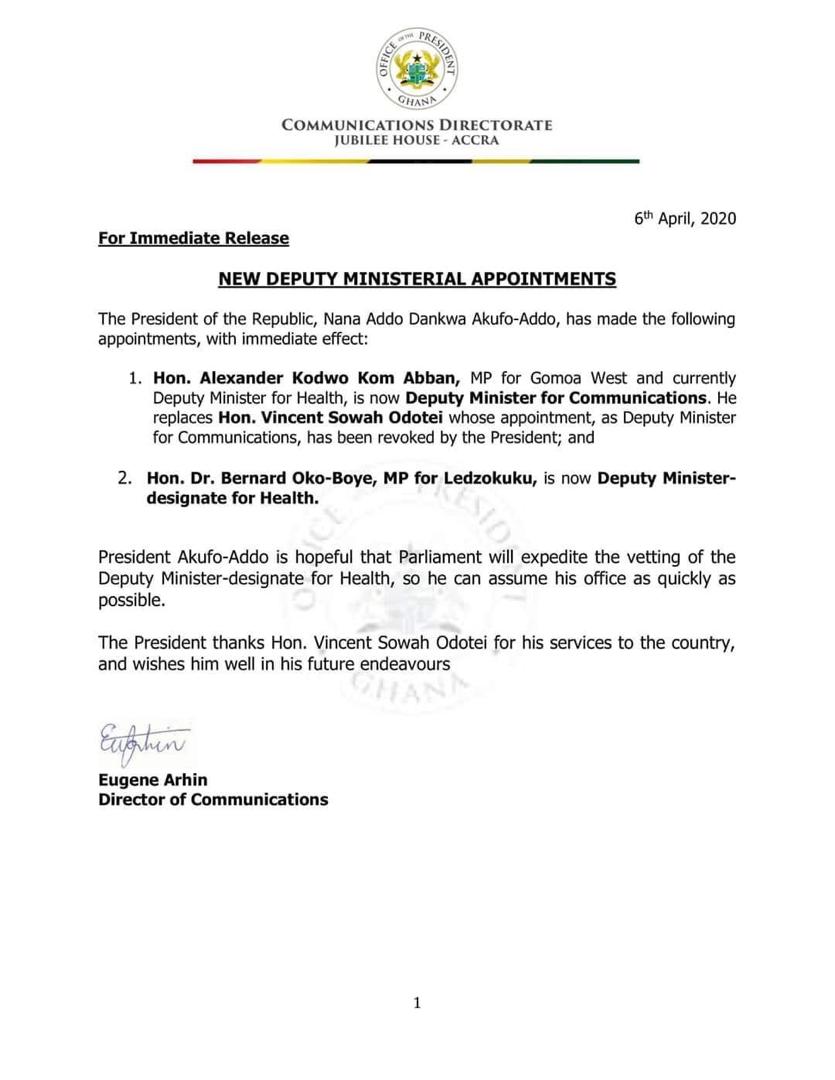 His compatriot, Vincent Sowah Odotei has not been so lucky as he exits a crowded executive team. The reasons for his removal are not immediately clear.

Political appointments in Ghana is a delicate balancing act of satisfying ethnic, regional, partisan, political and national interests. In this case, the president has been careful in substituting a Ga MP with another Ga.

Dr Bernard Okoe-Boye is the Board Chairman of the Korle Bu Teaching Hospital. He is a Member of Parliament for Ledzokuku Constituency in the Greater Accra Region.Dr Oko-Boye is a licensed medical practitioner who holds BSC in Human Biology, Medicine and Surgery from the Kwame Nkrumah University of Science and Technology.He also holds a Masters Degree in Public Health (MPH) from Hamburg School of Applied Science and an A1 certificate in German from the Geothe Institute, Accra.

Dr Oko-Boye had his house job at the Ghana Health Service from 2009 to 2012. He then continued as a Medical Officer in the same Institution for four years.
Currently, he is a Physician at Lekma Hospital, a government health facility located at Teshie.As the Board Chair of the Hospital, Dr. Okoe-Boye looks forward to work with his Board Members and relevant stakeholders to make Korle Bu attain higher heights, particularly to maintain its position as the leading teaching hospital and national referral centre.One of his immediate objectives is to eliminate the incidence of turning away patients away on grounds of no bed, which is referred to as ‘No-bed Syndrome’.

Vincent Sowah Odotei is a Ghanaian politician and the Member of Parliament of La Dadekotopon in the Greater Accra Region of Ghana. He is a member of the New Patriotic Party and the deputy minister for communications in Ghana.

He defeated Hon. Nii Amasah Namoale in the 2016 elections.

Vincent Sowah Odotei was at the just ended World Summit Awards Grand Jury held in Accra, Ghana held from November 3, 2018 to November 7, 2018 where he expressed his ministry’s willingness to partner the private sector for development.