Inside the Swiss-Alisa Hotel in Accra, a much more powerful lens could have harvested a tiny, winy tear under the duct within the lower eyelashes of Dr. Mahamudu Bawumia.

“[Akufo-Addo] could have dropped me in 2016”, he said and bit his lip to dam in the swelling emotions as he mulled over his selection as running mate for the four consecutive time.

‘It has never happened before,” he added it to his list of never-happens and recalled how Akufo-Addo first handpicked him as his running mate in August 2008, “against all odds.” 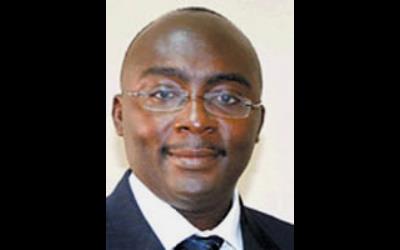 In the early minutes of his speech, Bawumia was weeping inside with an explainable gratitude for the president’s loyalty to him.

Bawumia appears to have been an in-grafted branch into the NPP. Akufo-Addo has been his ticket into these dizzying heights within the party and he has become Akufo-Addo second-in-command into power on the ballot and performance on the job.

And for giving him this running mate job again, Bawumia run down Mahama again with another jab.

“The best running mate in the world will not make a difference if the president is indecisive or incompetent” he found a way to push Akufo-Addo up and pull Mahama down – all in one sentence.

The best running mate in the world will not make a difference if the president is indecisive and incompetent. -Dr. Bawumia with the next punch. #GHElections pic.twitter.com/DmC5VB59PI

This quote contains more than a jab at Mahama. It contains the deep bond between Nana and Bawumia.

It is a bromance forged through fire and blood so that the two short, bald-headed, round-faced, bespectacled leaders are beginning to look physiologically alike.

If Bawumia gets comedian Clemento Suarez to teach him some voice-mimicking moves, we could have Akufo-Addo II in 2024.

Bawumia was nearly mauled within the party when he was first selected in August 2008.

Called a mistake with no real NPP roots, Bawumia has had to demonstrate his loyalty twice more than anyone in the party, much like the way African- Americans have to work twice to be considered good enough.

And oh, how hard he has worked. 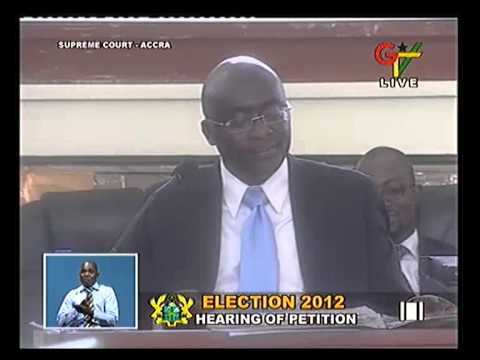 He has taken the position of the Veep to an  unimaginable heights, never seen in Ghana’s history as espoused by the Party’s General Secretary in his speech.

And that was another jab at Mahama. He (Mahama) was, in his own words, “the luckiest Veep ever” under Atta Mills.

His thrusts at the NDC has gained him trust. One-liners, jabs and body works at them in a way unseen in Ghana’s politics.

And so when Akufo-Addo and Bawumia appear at an event, it is a Game of Thrones character, Daenerys Targaryen, who has appeared with her frightful dragon.

All she has to say is “drah-Kah-ris”.

Bawumia called the NDC ‘an incompetent alternative’ and he says it in a patented voice which no one can say and achieve the same effect.

‘I know they don’t read’, he released another of his favourite jabs and mocked the NDC General Secretary Johnson Asiedu Nketia for his latest faux pas.

Every jab from Bawumia, triggers a barrage of qcriticism from the NDC, who insist the vice-president’s office is becoming unbecoming.

But Bawumia without his jabs will be unBawumia. And in a campaign season severely hampered by the coronavirus pandemic, zingers may prove strategic in sustaining the momentum.

“They say we have short memories, but I don’t think that you can say that about the elephant,” he said and proceeded with another of his favourite pastimes, listing the ‘NDC’s economic sins’ against Ghana.

The economic down turn as the main and list……. is endless.

As an economist, Bawumia studied numbers in school. As a lawyer, Akufo-Addo studied words. But NPP supporters have been lost for words to describe how the economist has grown uneconomical with words.

At his unveiling as running mate, the vice-president concluded his speech with a soldier-like readiness for the campaign trail.

“I am reporting for duty”.

There was this one time the vice-president suffered a slip of tongue during his speech. It was when he said he was honoured to be president come 2021.

Well, it may have been a slip but that prospect is not a slippery imagination.

We just don’t know how many NPP bigwigs would sip to that. 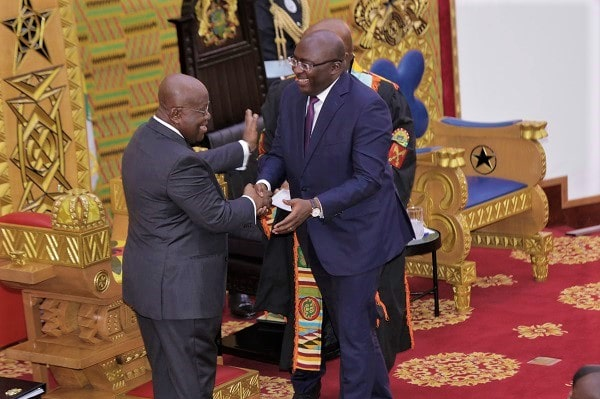 Nurses and midwives call off strike