AMA is robbing us of our capital -Traders cry

The Accra Metropolitan Assembly has been accused of collecting licence fees and daily tolls from hawkers selling illegally on the pavements of the city centre.

With the yuletide fast approaching, traders have taken over pavements and shoulders of roads at the risk of their lives.

While officially, the AMA considers the activities of the hawkers and traders illegal, the market women insist, they pay for the space.

“I pay an annual license of GH₵ 40 and daily ticket of GH ₵1 and still they come around to seize our goods…. I want to know where those monies they take from us go to” a second clothing vendor said. 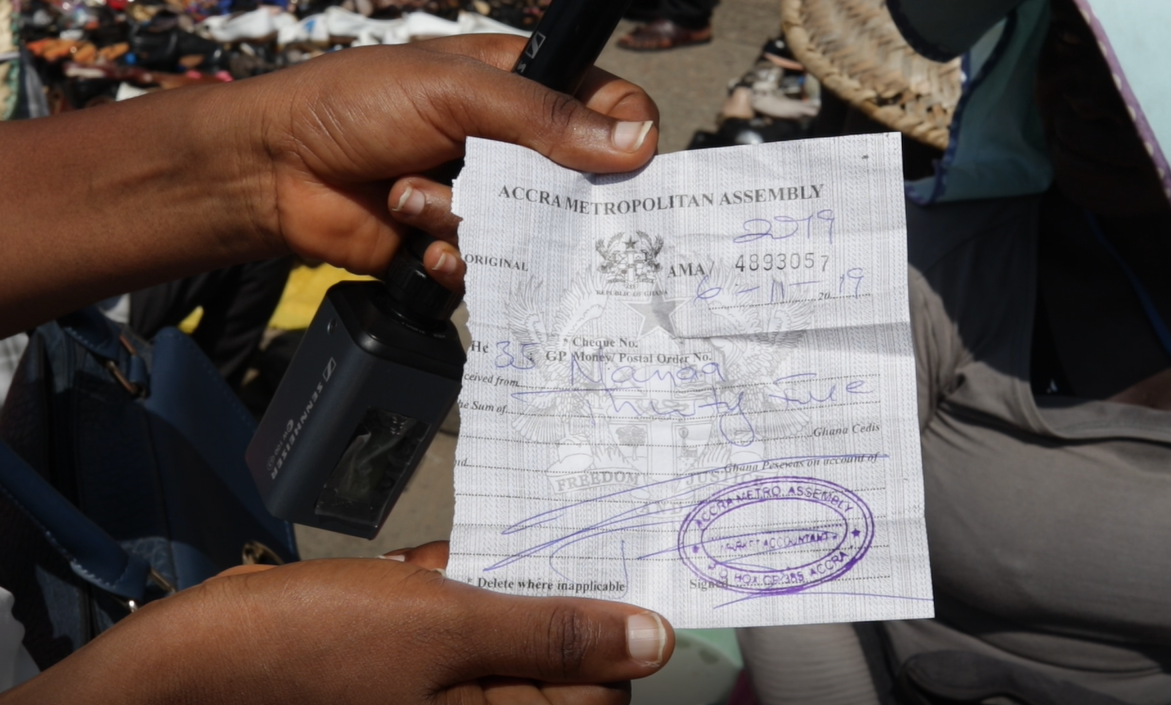 “Our major problem here is with the Aba Yee’s, they have forced us to pay for license and daily tax tickets but they still come around to drive us away and even sometimes cease our goods,” another trade said.

The AMA in March 2017 carried out an exercise to rid pavements of the Kwame Nkrumah Interchange and parts of the Central Business District of traders and hawkers.

This was after the traders and other people who engaged in other unauthorised activities on the pavements had been served with notices two months ago to leave.

Seized items were burnt, so were tables and wooden and makeshift structures that were used by the trader.

However, the traders are back in their numbers compelling pedestrians to walk on the shoulders of the road. 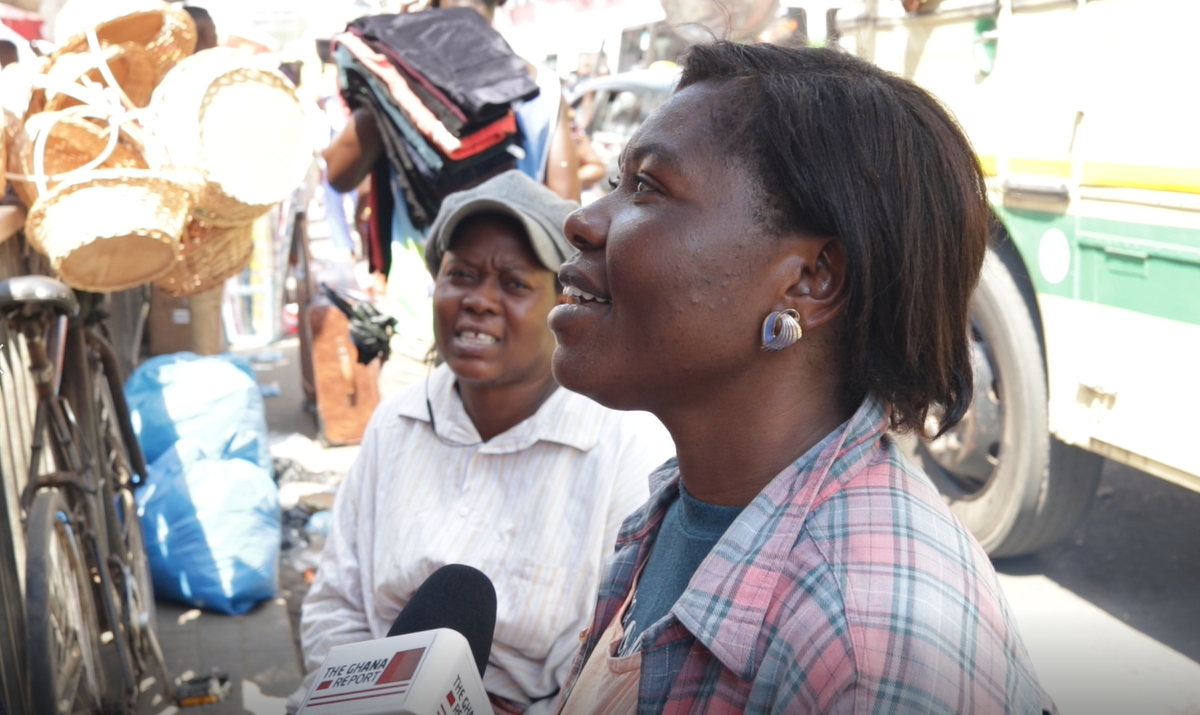 Rather, they complain of incessant harassment from officials of the Accra Metropolitan Assembly.

According to the traders, men clothed in reflective vest purporting to be officers from the Assembly often time throng the street to demand money from them or seize their wares.

“We don’t know what we have done wrong. You use your own money to buy goods for sale and, they will come and demand money from you. If you refuse, they will seize your goods” Maa Adwoa a secondhand cloth seller said.

Asked why they have invaded the pavement of  roads in the city centre, forcing pedestrians to walk on the shoulders of the road, while exposing themselves to danger,  she said “ I met my mother selling on the street and nothing happened to her”

According to the traders, they are ready to move if the Assembly provides them with the market but until then they have no option than to sell on the street. 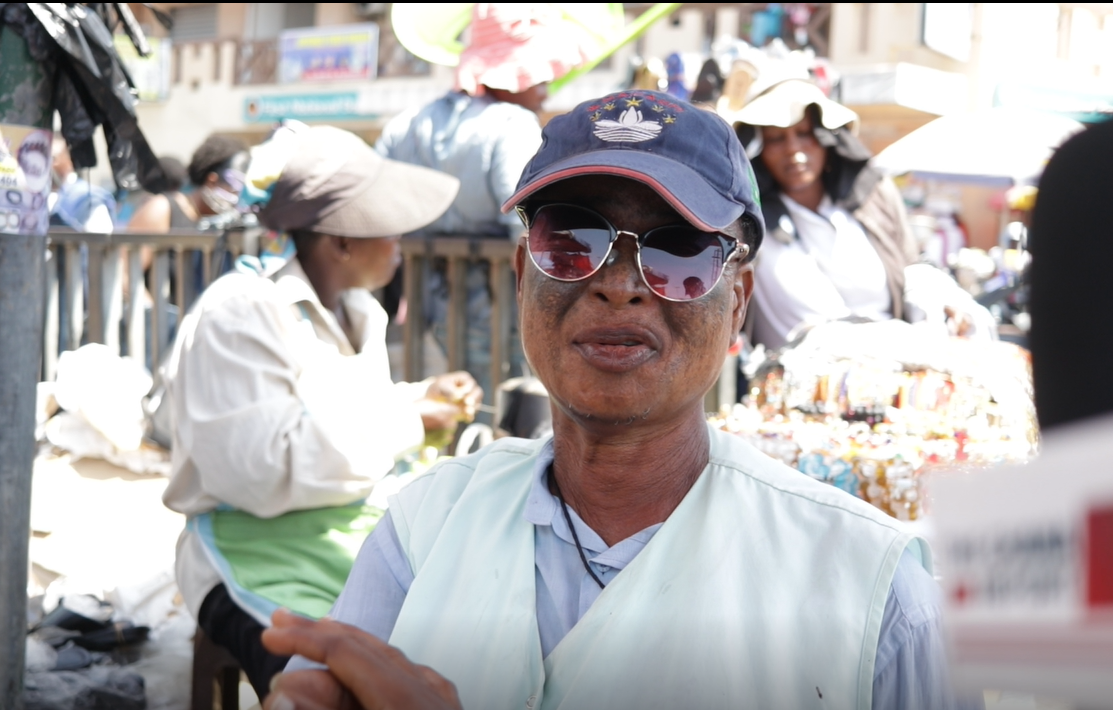 However, responding to these claims against the AMA, Gilbert Ankrah, Head of Public Affairs at the assembly said, the fact that the traders are paying business operating permit does not give them the power to sell on the streets.

“When you look at the Assembly’s rules and regulations, so far as you are operating a business within the jurisdiction you are required to pay for a business operating permit……”

“…. you pay a trading license, there are daily tows that you pay and there are also what we call the hawking fee…”

“……these are various tolls that we collect from traders operating in the jurisdiction,” he said.

According to him, collecting daily tolls and license from the traders selling on the street does not mean the assembly is supervising an illegality

He said most of the traders selling on the streets ordinarily have sheds inside the market and it is on that basis the assembly charges them for tolls and taxes.

“The assembly is not charging those fees and as a result legitimising whatever they are doing. Neither do we ask them to go and sell on the street.

“The Assembly prohibits people selling on the street and from time to time we’ve moved to clear them off the streets,” he said.

Ankrah said whoever is not happy with the monies they are paying are at liberty to walk to the assembly to demand accountability.

Trump escorted out of briefing as man shot near White House