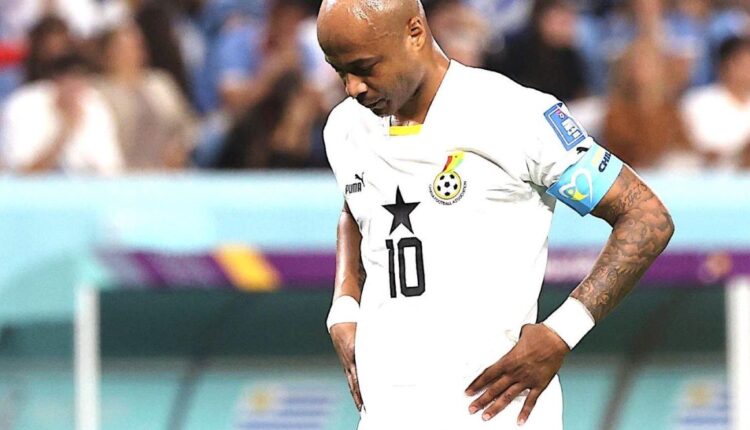 Andre Ayew: Ghana star named one of Africa’s Most Impactful People in 2022

Ghana captain Andre Ayew has been celebrated as one of Africa’s Most Impactful People in 2022.

Ranks Magazine believes Ayew had a significant impact on the continent in the previous year, and has included him in their top 100 list.

Others on the list include Mohammed Kudus, Thomas Partey, Mohammed Salah, and Sadio Mane.

“We recognize and celebrate @andreayew10 as one of Africa’s 100 Most Impactful People in 2022, having made an extraordinary impact and contribution to the betterment of society through his creativity and craft and bringing about a new era where purpose is the foundation for progress,” Ranks Magazine posted on Instagram. 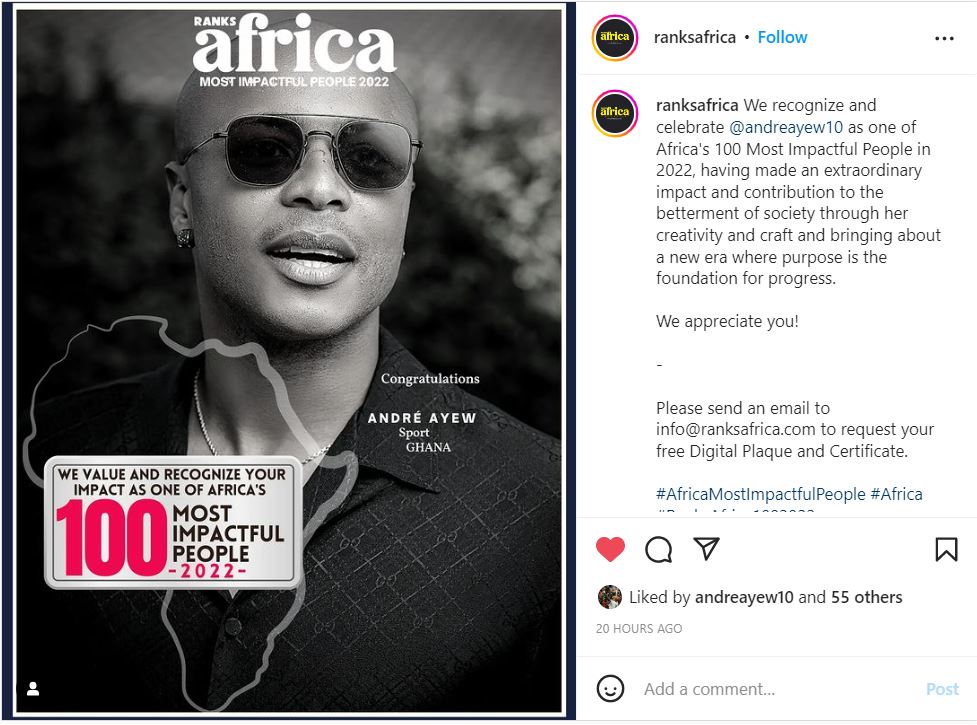 The year may not have ended the way he had hoped as Ghana failed to progress from their group in the World Cup, but there is no denying Ayew had a fantastic year.

Ayew’s most notable accomplishments in 2022.

In January, Andre Ayew became Ghana’s all-time leading scorer in the Africa Cup of Nations (AFCON). He scored Ghana’s first goal of the Cameroon tournament against Gabon to break the record of 10 goals.

In addition, he surpassed Egypt’s Ahmed Hassan on the all-time AFCON appearance list, and is now only two games away from breaking the record held by Cameroonian star Rigobert Song. 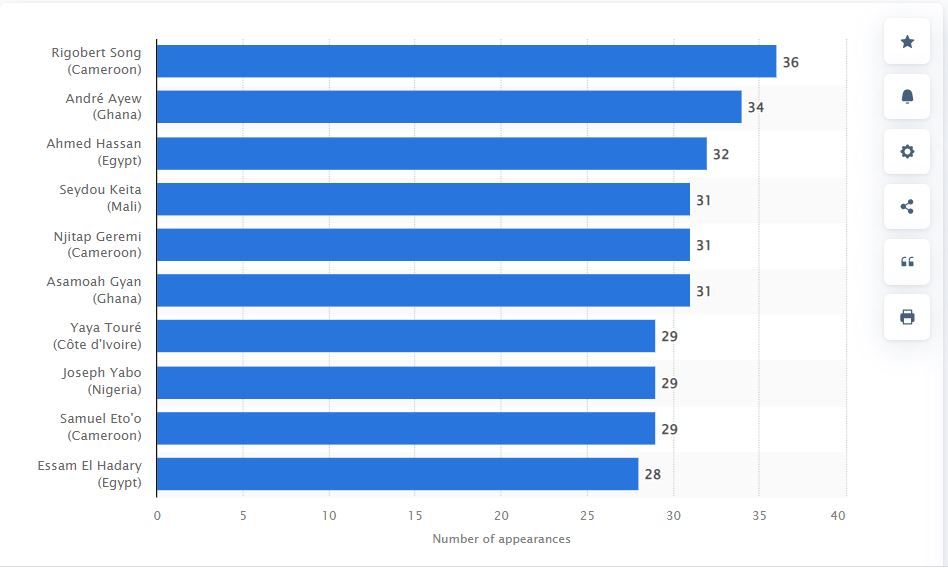 Andre Ayew made history in November, just before the World Cup, when he became the first Ghanaian to play 110 matches for the senior national team, Black Stars. He set a new record by becoming Ghana’s most-capped player, and he was widely praised by Ghanaians.

He accomplished the feat in a pre-World Cup friendly against Switzerland, and the Ghana Football Association presented him with a commemorative jersey after the game.

“The passion, desire and commitment have been the same since the first cap. Can’t say how happy I am to achieve this amazing feat of representing my beloved country for all these years,” Andre Ayew reacted. 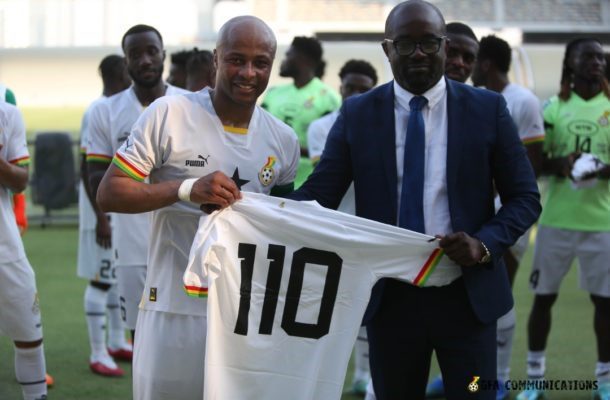 The record is currently at 113 games.

Andre Ayew became the third Ghanaian to score in multiple World Cups with his goal against Portugal in the Black Stars opener in Qatar.

The Al Sadd forward made a brilliant run into the box in the second half to tap home Mohammed Kudus’ deflected cross for Ghana, but Ghana lost the thriller 3-2.

The 33-year-old, who scored two goals in the 2014 tournament in Brazil, has three World Cup goals, and only Asamoah Gyan has scored more (6).

Andre Ayew scored Africa’s first goal at the 2022 World when he equalised for Ghana in their 3-2 loss to Portugal.

After Senegal, Tunisia, Morocco and Cameroon all failed to find the target in their opening games, Andre Ayew found the net to become the continent’s first scorer in Qatar.