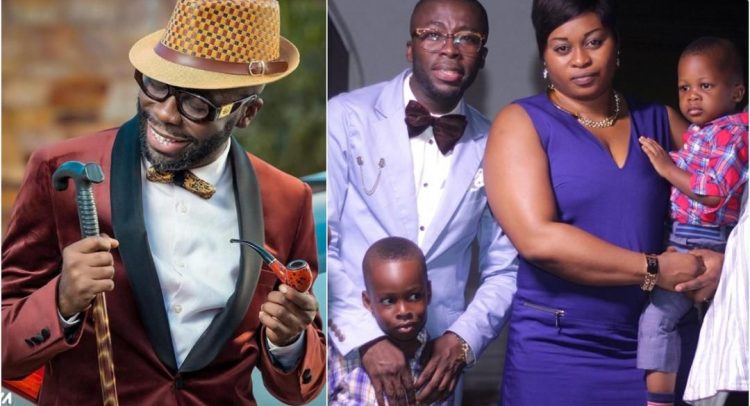 The marriage of disc jockey and radio presenter, Andrew Amoh, has hit the rocks.

Amoh, popularly known as Andy Dosty, revealed that he had been separated from the mother of his children for the past year.

“We’ve been separated for a year now. The kids make it more painful. Anytime I visit them, they make me sad,” he said.

He said life has not been easy for him after their separation because of the kids.

“Just as lawyers and counsellors always advise us, it [divorce] is not a good thing. I suffered. Any time I visit my children, I get teary,” he added.

“When children are involved, I think we can exercise patience. There are too many things that can be solved through patience. When you leave the marriage, where are you going? Do you know what you are going to experience in your next relationship?” he questioned in an interview with XYZ TV.

In addition to being a presenter and DJ, Andy Dosty has hosted a variety of programmes in Ghana and beyond, including the launch of ‘The Taste of Afrika’.

In 2018, Dosty was incorporated as a board member of the Ghana DJ Awards. Additionally, Dosty was selected by the International Youth Empowerment Foundation, in 2019, as an ambassador for its annual youth summit.

In 2019, Dosty released a single featuring Kuami Eugene titled ‘Love You Die’. Later that year, he sparked controversy when he sought public opinion on a statement made by Ghanaian dance hall musician Shatta Wale on social media. Dosty later took credit for helping to make Wale a successful artiste in Ghana. Fans of Wale claimed Dosty had twisted the facts.

In 2021, Dosty sacked the up-and-coming performer Okese 1 for reporting late to his studio and behaving rudely.

Tiwa Savage on Why the Business of Music is Important