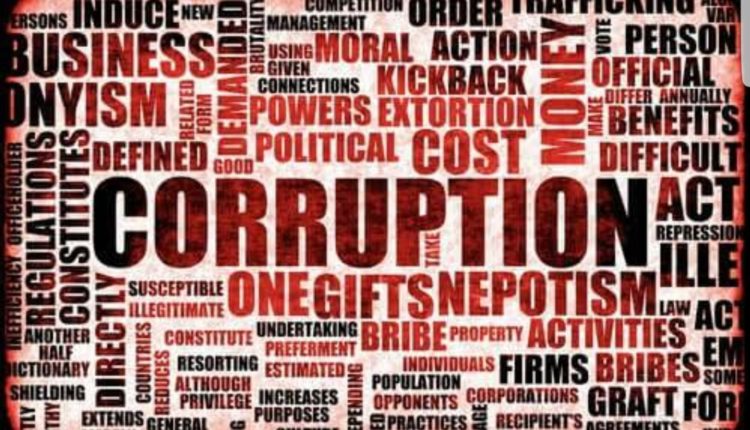 Anti-corruption strategy only a plan — Study

A study by the Ghana Anti-Corruption Coalition (GACC) has established that the country’s anti-corruption strategy was only a plan, because there was no commitment towards its implementation.

According to the findings, the government, politicians and other implementing agencies, showed little commitment of the implementation of the strategy.

There was also no knowledge of the National Anti-Corruption Action Plan (NACAP) or its processes among institutions and individuals surveyed.

The GACC conducted the research with the support of the Open Society Initiative for West Africa (OSIWA), a civil society organisation.

Launching the report in Accra yesterday at a national NACAP roundtable on the theme: Strengthening collective action in the fight against corruption in Ghana,” the Director of Anti-Corruption at the Commission on Human Rights and Administrative Justice (CHRAJ), Mr. Charles Ayamdoo, lauded the GACC for the survey.

He said it would afford opportunity to people to apprise themselves of efforts made so far in the national anti-corruption drive.

Mr. Ayamdoo expressed delight that both public and private institutions, tasked with various roles under the NACAP, were increasing their participation.

For instance, he noted that the number of participating ministries, municipalities and district assemblies (MMDAs) in the implementation of NACAP had since increased from 19 in 2015, to 172.

He expressed the hope that by next year, more institutions would come on board to ensure the successful implementation of the anti-corruption strategy.

According to him, a NACAP communication strategy had been drafted to help sensitise the public to the national strategy and that it was currently going through a validation process by partners.

Mr. Ayamdoo added that there would be a valuation of the NACAP next year which would be carried out with support from the United Nations Office for Drugs and Crime (UNODC).

“Ghana is the only country that has been able to link gender and corruption, and the UN agency is very interested in this and will be helping with funding and technical expertise,” he added.

The Deputy Executive Secretary/Acting Head of Programmes at GACC, Mr. Bright Sowu, explained that the coalition wanted to investigate challenges in the implementation of the NACAP at its birth, hence the study and release of the report.

The study was undertaken this year, using responses from interviews and NACAP implementation reports.

“Most staff of the implementing institutions are not aware of NACAP. And probes revealed that there had been no deliberate attempt within the respondent organisations to sensitise staff to NACAP,” the report stated.

There is also lack of depth in the plan’s implementation, while there was also no dedicated staff on NACAP in the various institutions, among other findings.

The report called on the government and politicians to commit more funds into the programme.

Representatives of the Ministry of Finance, however, suggested that participating institutions might be missing out of funding for their NACAP activities because they might be disregarding the budgeting processes and procedures in accessing the funds.