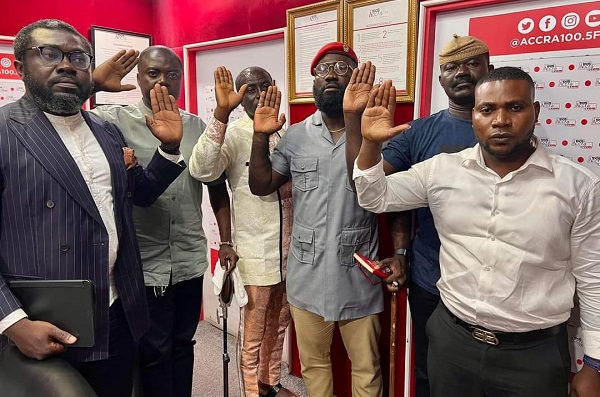 The Ghana Police Service says it will be unable to provide security for a three-day demonstration beginning 4 June due to the risk of disrupting public order and safety.

An anti-corruption group including broadcasters Captain Smart and Okatakyie Afrifa, lawyer and convener of the #FixTheCountry Movement Oliver Barker-Vormawor, and Benjamin Darko had expressed intentions to stage a three-day armed demonstration in the capital.

They intended to contract a private company to provide them security throughout the three-day.

Together with the private security personnel, they would be armed with weapons and picket at the Ghana Police Headquarters and the Ghana Broadcasting Corporation (GBC).

They also requested to address the nation directly through Ghana Television (GTV).

The police, in a press release issued 1 June 2022, said although it was willing to provide protection for any lawful demonstration in the country, the nature of this demonstration was inconsistent with the Public Order Act.

“We are therefore unable to provide security for a demonstration which is in flagrant violation of the Public Order Act, 1994 (Act 49) and has the potential to result in a breach of public order and public safety,” the police release said.

The statement signed by Chief Inspector Bright Kwabena Danso has asked the organizers to reconsider the nature and character of their intended demonstration.

“The Service has reached out to the organizers to reconsider their proposal and work with the Police towards the organization of a lawful, peaceful, and successful demonstration.

“We wish to assure the public that in the interest of public safety and security, the Police are putting in place all necessary measures to ensure that unauthorized persons do not march the streets with weapons,” the statement said.