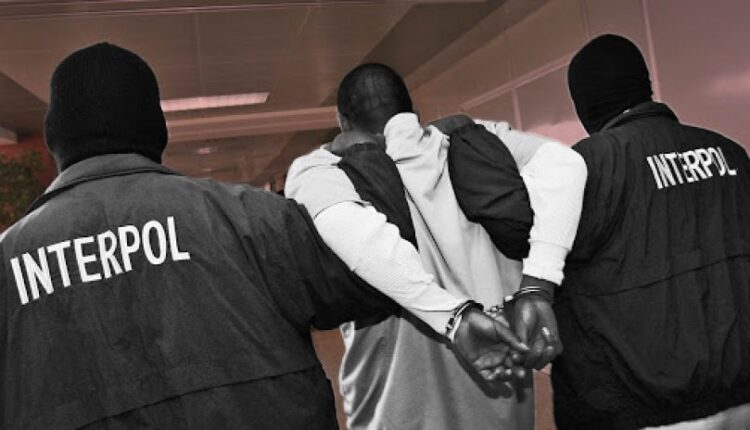 A Nigerian who allegedly committed robberies and rape with three other accomplices in Ghana and absconded has been put before an Accra Circuit Court.

Asuquo Mbuotidem Edem, a.k.a Faith, a businessman, was arrested from his hideout in Nigeria with the assistance of International Police (INTERPOL) and escorted to Ghana to answer to his robberies and rape cases.Edem, together with Damascus Israel Nana Akyene, a driver while Daniel Akpan a.k.a Danny and Bassey Okon, both businessmen were alleged to have robbed an estate developer and his family at Westlands.Following the arrest of Edem, the Prosecution further amended the charge sheet and the accused persons were retaken before the Court presided over by Mrs. Afua Owusua Appiah.The accused persons have been charged with nine counts of conspiracy to commit crime to wit robbery, robbery, conspiracy to commit crime to wit unlawful entry and possession of firearms, possessing instruments intended for unlawful entry, unlawful entry and possession of firearms without authority.They pleaded not guilty. The Court remanded them into Police custody to reappear on October 1.Prosecuting Chief Inspector Simon Apiosormu narrated that the complainants (names withheld) were an estate developer, his wife and sister-in-law. They all reside in the same house.Chief Inspector Apiosornu said Akyene resided at Kakraba while the rest of the accused persons resided at Kwashieman in Accra.On February 22 last year, at about 1230am, accused persons proceeded to Westlands, Accra. They armed themselves with pistols and other implements including an industrial cutter, a metal bar, a cutlass and entered complainants’ house by scaling the wall.The accused persons ordered the complainants to surrender their valuable items including money, jewellery, wrist watches, camera and other personal effects or else they would shoot them.Prosecution said for fear of their lives, the complainants obliged. Afterwards, they marched the estate developer at gun point and ransacked the various cars.In the process, they took away the estate developer’s Heckler pistol, GH¢3,000.00 and USD 600 from the complainant’s Mercedes Benz.The accused persons took turns to rape one of the victims in the house. Afterwards, the accused persons bolted and the complainants reported the issue to the Police at Westlands.The prosecution said on March 9 last year, the Criminal Investigations Department headquarters was conducting investigations into the arrest of Akyene, who was said to have been involved in another robbery and rape of six British Nationals at Kokrobite.After Akyene’s arrest, he admitted the offence and led the Police to the house of Akpon and Okon and they were arrested.Akpon led the Police to Edem’s house but he was not available. During Police interrogations, they confessed to the robberies and various rape incidents including that of the estate developer’s case.Accused persons also led the Police to the various houses of their victims including that of the complainants.The prosecution said the complainants were therefore invited to the Anti Armed Robbery Unit of the CID Headquarters.During investigations, the accused persons revealed that they kept the various implements and weapons used in committing the robberies in a refuse dump in Haatso.The accused persons led the Police to the said refuse dump in a bush along the Agbogba-Haatso road where three pistols including that of the complainants and the implements they used in committing the various robberies were retrieved.The prosecution said on March 15 last year, an identification parade was conducted at the CID Headquarters and Akyene was identified.On August 21 this year, Prosecution said Edem who was at large was arrested from his hideout in Nigeria with the assistance of INTERPOL and escorted to Ghana.