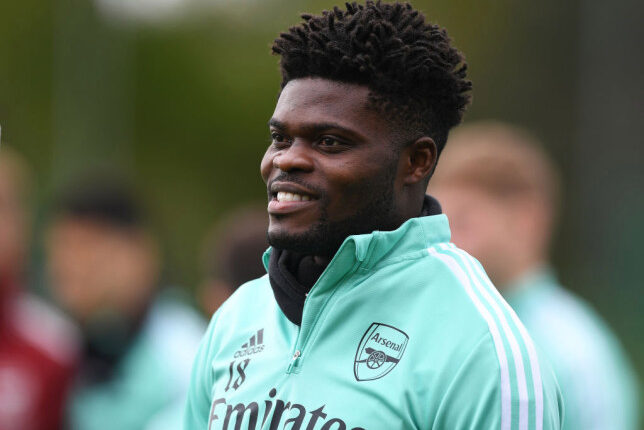 Arsenal has rewarded Thomas Partey with a new squad number the next Premier League season.

An unveiling by the club showed Partey with the favourite number 5 at the back of his jersey, which implies that he is expected to you that number henceforth.

The Ghana international joined the Gunners from Atletico Madrid on transfer deadline day last summer when Mikel Arteta and Edu sanctioned the decision to trigger his £45million release clause.

After his move to the club, Partey wanted the No.5 shirt but was given jersey number 18 because it had already been taken by Sokratis Papastathopoulos, who recently moved to Olympiakos.

Partey excelled as he wore No.5 at Atletico Madrid, prompting Arsenal to part ways with 50 million euros for his services.

“I like the No 5 because it’s one of the most important numbers in the team, and it is also a lucky number for me. It’s the number I’ve worn for the past few years, so for me, it’s one of the best numbers,” Partey told the club’s website.

The 28-year-old wears the same number for the Black Stars.

He is expected to be a key figure for the Gunners in the new season as Mikel Arteta plans to challenge for a top position.