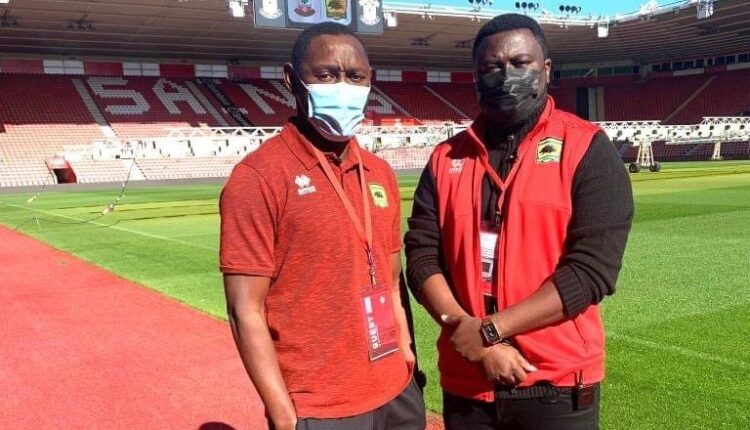 Asante Kotoko have confirmed that the team’s Communications Director, David Obeng Nyarko and Assistant coach Abdulai Gazale have joined the club in Dubai for preseason.

The two officials were with Southampton Football Club in England for a two-week training intended to broaden their horizon in football to impact on the club via youth system and branding.

Upon finishing the programme with English Premier League side, Abdulai Gazale who is tipped to lead Asante Kotoko’s juvenile team that is yet to be established by the club, and David Obeng Nyarko moved to the Asian continent to partake in the team’s preparation of the 2021/22 season.

The Ghanaian giants are on a preseason tour in Dubai for two weeks as they prepare ahead of the start of the 2021-22 Ghana Premier League.

Asante Kotoko will face Al Hilal United in a preseason friendly on Thursday.

Officials @1Davidobeng and Abdulai Gazale have joined the team in Dubai 🇦🇪 from England 🏴󠁧󠁢󠁥󠁮󠁧󠁿 after completing their one-month attachment at @SouthamptonFC.