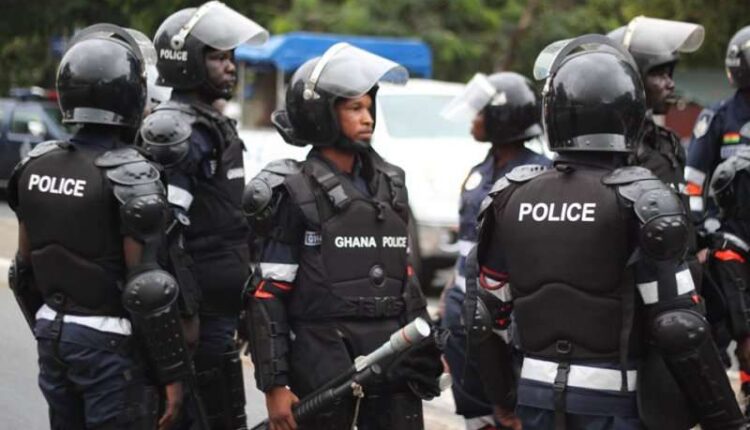 The Ashanti Regional Police Command has launched an intense anti-robbery operation to arrest two suspects who attacked two families in a house at Abuakwa in the Ashanti Region.

This was disclosed in a statement issued by the police on Wednesday, 17 August 2022.

Narrating the incident to the police, victims said the robbers were wielding machetes and robbed them of some valuables and also escaped with one of the female residents of the house.

According the victims, at about 01:15 am they heard an unusual noise at the main gate of their house.

They came out to see what was happening, and two men holding machetes suddenly emerged, pushed them back to their rooms and collected an unspecified sum of money and four mobile phones from them.

“The police are working around the clock to rescue the victim and bring the perpetrators to face justice.

“Whilst we do this, we wish to entreat the public to be security conscious at all times and avoid doing things that make them vulnerable to attacks,” the police advised.

Fast forward to 9 June 2021, a man was shot in the stomach in a daylight robbery by two armed men at Pig Farm.

On 11 June 2021, an unidentified man in an attempted robbery attacked the driver of a Nissan Pathfinder with registration number GE-8088-11 on the GIMPA- Fiesta Royale road.

On 14 June, three armed robbers on a motorcycle trailed a Mon-Tran bullion van and robbed occupants of the cash in the van –two were left dead at Adedenkpo in Jamestown.

Sometime in December 2021, two persons were arrested for the East Legon robbery that occurred on Sunday, 5 December.