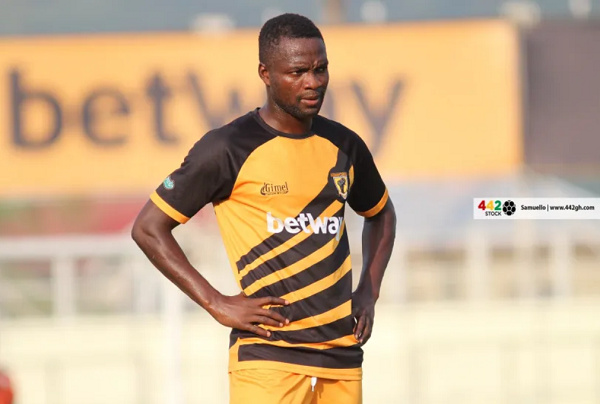 Egyptian Premier League side Ismaily SC has reached an agreement with AshantiGold SC for the services of talisman Yaw Annor following a devastating campaign in the Ghana Premier League.

GHANAsoccernet.com can exclusively confirm that negotiations between the two clubs have concluded successfully with few details left for the deal to be completed.

AshantiGold will receive around US$200,000 from the sale of Annor to Ismaily who have been keen on adding the prolific footballer to their squad.

The 24-year-old has already left the shores of Ghana to the Maghrebian country to undergo his medical examination and subsequently seal his move.

Annor had a terrifying campaign in the Ghanaian top-flight this season after finishing as top scorer with 22 goals equalling a long-standing record.

He is now a joint-record holder with Hearts of Oak great Ishmael Addo as the players to score the highest number of goals in a single since the Ghana League turned professional.

Annor has previously played in Spain for CF Fuenlabrada and Burgos CF after guiding Bechem to its first-ever laurel in 2015 when his two goals won them the Ghana FA Cup.

He was recently voted as the Best Homebased Footballer at the Ghana Football Awards.