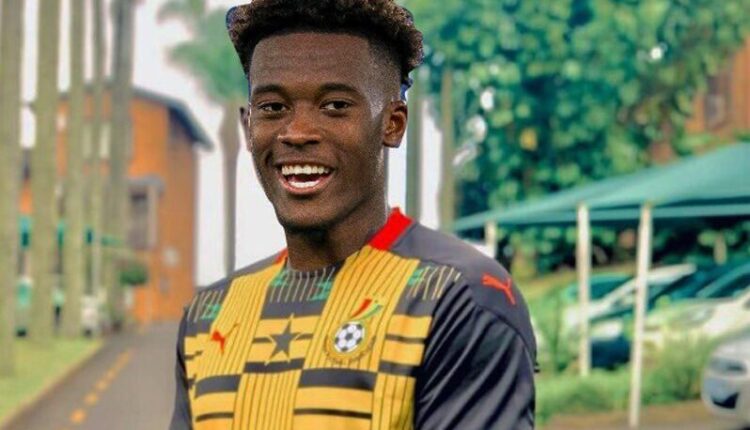 Former Dutch midfielder, George Boateng has noted that the big chances Callum Hudson-Odoi will have at playing at major international torment should inspire him to consider playing for the Ghana male senior national team.

Having visited the West African country for the summer post-season holiday break, the Chelsea forward has become a topic all over.

President Akufo-Addo has even ordered the Ghana FA and the Ministry of Youth and Sports to do all they can to convince Hudson-Odoi to play for the Black Stars.

While he is yet to decide whether or not he will ditch the English national team and play for Ghana, George Boateng who is Aston Villa U-23 coach has advised that he should consider that decision.

According to the Dutch-Ghanaian, the talented forward stands the chance of playing at more international tournaments if he decides to play for the Black Stars.

“My advise would be that if you don’t see a future there for you to play regular football, because let’s not made a mistake here.

“Hudson Odoi is an outstanding World Class footballer and he is only going to get better and it will be a shame if he only ends up having 5 or 6 caps for England and doesn’t make a final tournament like a World Cup or European Championship ever in his career,” George Boateng told Citi TV in an interview.

The Aston Villa U-23 coach continued, “But there is the possibility of representing Ghana and playing at the World Cup stage in a team with top-class players and if he plays for Ghana, it will send out a message to many other players, who would want to play for Ghana.”

Meanwhile, Callum Hudson-Odoi has revealed that it is possible he could play for Ghana in the future.