There seems to be some division among residents and Chiefs within the Atewa enclave.

This is because the Chiefs and elders in the area have distanced themselves from a protest organized by residents against government’s planned bauxite mining in the Atewa forest reserve.

Hundreds of residents poured onto the streets on Tuesday to demonstrate against government’s decision.

The group known as the Concerned Citizens of Atewa Landscape (CCAL) embarked on a three-kilometer march from Segyimase to Kyebi in the Eastern region to register their disquiet about government’s move.

But in an interesting twist, the Chiefs and Elders of the area have given their firm blessing to the bauxite mining in the protected forest area.

In a statement issued a day after the demonstration, the traditional authorities said the youth cannot force the community to kick against government’s quest to mine the mineral in the Atewa forest.

“We want to make it clear to the organizers, and their supporters that they cannot force their wishes on the people of Atewa, and that we have had consultations with GIADEC and are optimistic the bauxite mining within the Atewa range will not be as reckless as being portrayed by them, on the contrary, we are willing to work with Government to achieve his vision of developing an Integrated Aluminum Industry in Ghana” the statement said. 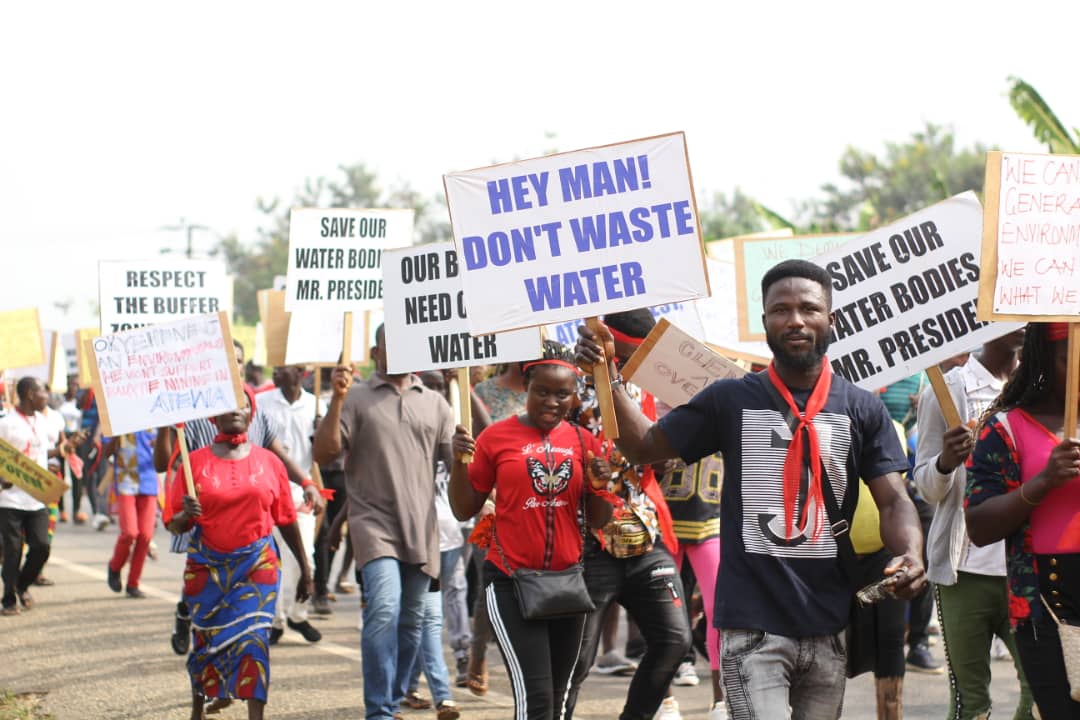 In an interview with theghanareport.com, Asiakwa Amankrado, Nana Oye Gyau who is one of the signatories to the statement said the Chiefs met with a delegation from Accra who assured them the forest will not be destroyed.

“I haven’t seen how bauxite is mined before but they told us they won’t destroy our water bodies and the trees in the Atewa forest. So we gave our blessing to it. President Akufo Addo hails from our land and so I know for a fact that he will not do anything to harm us. It’s just a group of selfish individuals who do not want the bauxite to be mined here” he told theghanareport.com.

The concerned citizens of Atewa landscape who embarked on the demonstration petitioned the UN Secretary General Antonio Gutteres to add his voice to the fight against mining the mineral in the forest reserve.

Several environmental groups including A Rocha Ghana and residents have kicked against government’s plans to mine bauxite in the Atewa reserve. 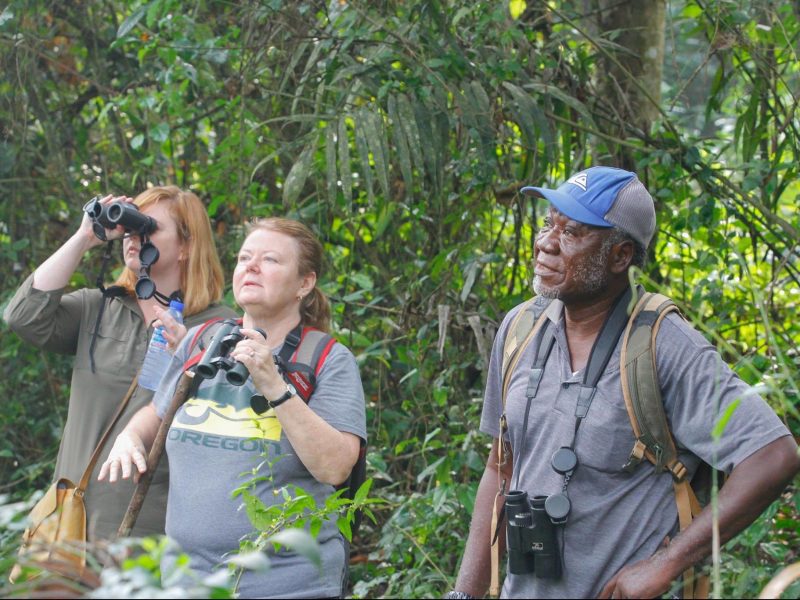 Three major rivers take their source from the Atewa forest and provide water to over 5 million people in Ghana.

The residents say any attempt to mine in the forest reserve will affect the millions of people whose lives depend on the water bodies hence called on President Akufo Addo to abort the mining plans and instead earmark the forest reserve for a national park.

But the Chiefs have rubbished the call insisting they are for the planned bauxite mining.

Below is the full statement for the Chiefs

More so, we are surprised the organizers did not involve the main communities that will be impacted directly by the bauxite mining activities as stated in their press release and neither did they consult with Nananom, yet they are claiming all the people within the fringes of the Atewa Forest Reserve are in support of the demonstration.

We want to make it clear to the organizers, and their supporters that they cannot force their wishes on the people of Atewa, and that we have had consultations with GIADEC and are optimistic the bauxite mining within the Atewa range will not be as reckless as being portrayed by them, on the contrary, we are willing to work with Government to achieve his vision of developing an Integrated Aluminum Industry in Ghana.

It must be noted, the demonstration was staged on our blind side, and we are aware the demonstrators are not indigenes, rather they were transported from West Akyem and Kwaebibirem Districts, which do not make up the entire communities surrounding the reserve.

Again, the organizers are saying that they want the place to be earmarked for a national park, a view which is contrary to that of the people of Atewa.

We must emphasize that we are not aware of any chief, or community that is against the bauxite mining but rather, the consensus is for us to continue engaging the government to ensure the project is implemented in a responsible and sustainable manner.

GIADEC, an entity established by the government to develop bauxite deposits in the country is currently engaging with us and has explained that they would ensure that our major river sources will not be affected.

For over a hundred years, the Atewa Forest has remained a reserve but lately, the forest is fast losing its biodiversity potential due to illegal logging, indiscriminate tree felling and lack of effective management plans for the reserve.

It is our belief that when GIADEC and its partners commence operations within the reserve; it would be effectively managed and protected.

We will like to advise the organizers of the demonstration to desist from using the community name without consulting nananom and the good people of Atewa.

Yes, as citizens we are not spectators, and with the establishment of GIADEC by an act of Parliament, let us all help the government in coming up with environmentally friendly and sustainable ways in developing our bauxite reserve.

Again, we have seen the influx of numerous civil-society organizations whose annual budgets through donor funding is much bigger than the Minerals Commission but do nothing in ensuring the protection of the reserve.

We have witnessed unsustainable alternative livelihood projects being implemented by some civil-society organizations that do not benefit the people nor stop people from illegally entering the forest.

Currently, the forest is under threat from illegal logging, indiscriminate hunting, and mining. We are of the opinion that since the total area, GIADEC, and their partners would be mining is less than twelve per cent of the reserve, we are hopeful with their presence the rest of the reserve would be better protected.

The concerned citizens of Atewa should not put all the blame on the doorstep of the Forestry Commission even though we are aware that the commission is not doing enough.

We drive by Anyinam and see all manners of fauna species being sold on the street in gross disregard to hunting laws, and we do nothing about that and still believe that we have enough species within the reserve to be as a national park, or we intend to import animals into the reserve.

We the indigenes living in the fringes of the reserve believe that the Government of President Nana Akufo Addo will never supervise a reckless bauxite mining operation.

We also believe; for over hundred years, the forest has remained a reserve awaiting a President like His Excellency Nana Addo Dankwa Akufo Addo, who has proven to Ghanaians, he is a President of possibilities and will ensure value is added to our resources to achieve his vision of a Ghana Beyond Aid agenda.

We believe that GIADEC was not established to destroy resources but to develop them for the benefit of all Ghanaians.

Finally, we will like to state that, we the undersigned and Nananom living on the fringes of the reserve disassociate ourselves from the demonstration organized by the concerned citizens of the Atewa landscape.

We call on Ghanaians living home and abroad to remember that Ghana beyond aid can only be achieved if we allow the Government through our supervision as citizens to develop our resources competitively and sustainably through innovative ways.

We the under listed chiefs hereby signed this statement on behalf of the other chiefs and community elders of; Appam, Afisa, Ahwenease, Adadientem, Pano, Adukrom, Sagyimase, Bunso, Nsutem, Mampong, and Osino.