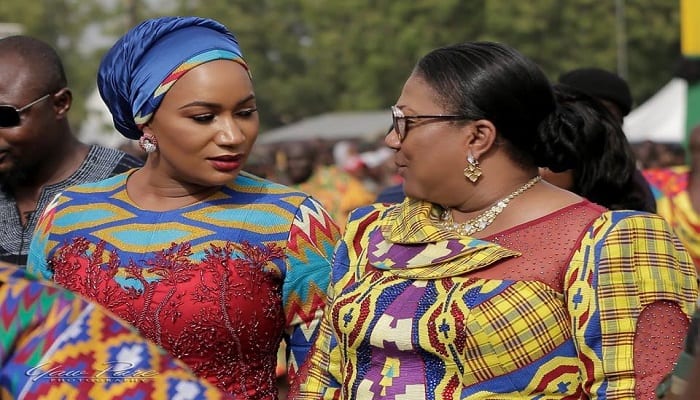 The 7th Parliament approved salaries for spouses of presidents and their vice as recommended by the Prof. Ntiamoah-Baidu committee on emoluments.

Minister of Information, Kojo Oppong Nkrumah, said the spouses received an allowance in the past under various political regimes, but the current administration only sought to make it official.

However, the plaintiffs believe that the committee tasked to review the emoluments had no mandate to make the kind of recommendation they did.

Together, the parties are seeking the Supreme Court to grant a total of eight reliefs. They are stated below:

The five-member committee was set up in June 2019 by President Akufo-Addo to make recommendations to him and to Parliament on the salaries and allowances payable and the facilities and privileges available to article 71 officeholders.

They were charged to make recommendations regarding emoluments and other privileges for article 71 officeholders, as specified under the Constitution, and to examine any other relevant matter which the Committee deemed appropriate to its work.

As part of its recommendations, they proposed that allowances given to the spouses of the President and Vice President be formally included in the review of the entitlements for the executive.

The recommendation is said to have been forwarded to the Seventh Parliament, which gave the final approval.