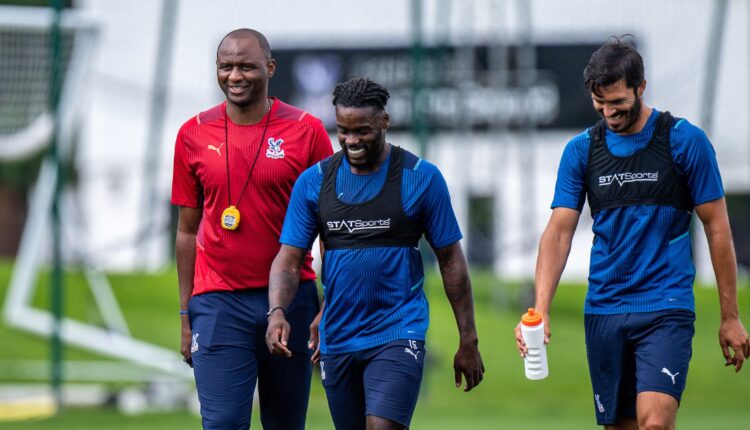 The Frenchman, who was confirmed as Roy Hodgson’s replacement a few days ago met with the players at the club’s training ground to begin his tenure.

Vieira was supported by academy coaches and former players Paddy McCarthy and Shaun Derry, who temporarily took time out from their duties with the Under-18s and U23s to help run training.

The club is yet to announce Vieira’s full backroom staff.

Striker Jordan Ayew will be looking forward to a good season under the new boss despite his unimpressive run last season under Roy Hodgson which he managed to score just once in 33 games.

Vieira’s first confirmed match in charge of the Eagles will be a friendly against Portsmouth on July 16th as they prepare to begin their Premier League campaign with a visit to Chelsea on August 14th.

Before Vieira’s move to Selhurst Park, he had been in charge of French Ligue 1 side Nice and New York City FC.