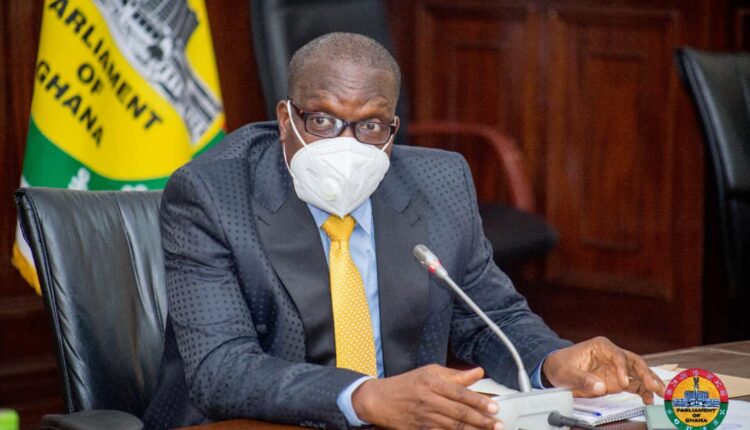 Mr Alban S.K Bagbin, Speaker of Ghana’s Parliament, has underscored the need for the establishment of offices for all Members of Parliament (MPs) in their Constituencies to address the needs of the people.

He said MPs must have offices and staff that would support them to perform their duties.

Mr Bagbin noted that most MPs were professionals, yet, had no time to “read the voluminous documents” due to the pressure on them hence needed staff that would go through the documents, summarise and break them into a simple language for the MPs as being done in every Parliament in the world.
He said this when he paid a courtesy call on Togbe Afede XIV, Agbogbomefia of Asogli State to inform him about a post budget workshop for MPs in the Regional Capital, Ho.
Mr Bagbin said the workshop would enable the MPs to share their views on the Budget Statement and Economic Policy presented in Parliament on November 17.
Mr Bagbin described it as ‘undemocratic’ circumstances where anyone looking for an MP had to go to their private homes.
He said he planned to strengthen Parliament to be able to call the Executive to always respond to the needs of the people.
Mr Bagbin said Parliament had the authority and power to call the Executive to account for each pound, dollar, and Cedi they were given to spend adding that, “it is Parliament that passes laws on taxes, if we don’t pass a law on taxes, the Executive cannot go to the people to collect tax.”
He said Parliament would do its best to create an enabling environment for the private sector to thrive and flourish.
Mr Bagbin commended the peaceful nature of the region as well as the receptive and inclusive nature of the people of the region describing it as their strength.
He said Togbe Afede’s leadership, intelligence, and efforts among others had projected Ghana as a star of Africa
Togbe Afede commended the refreshing change in the functioning of Parliament and the roles Mr Bagbin played as a Speaker.
He noted that the Covid-19 and the general elections had exposed the country’s vulnerabilities.
Togbe Afede bemoaned the level of joblessness which was a problem and threat to peace and security.
He also touched on the bad nature of roads in the region such as the Asikuma-Ho, Ho-Aflao, and Kpeve, Hohoe-Oti region.
The Speaker was accompanied by Mr Haruna Iddrisu, Minority Leader in Parliament, Mr Benjamin Kpodo, Ho Central MP, other MPs, and staff of Parliament.
Story By GNA
Alban S.K BagbinConstituency Offices
You might also like
Headlines