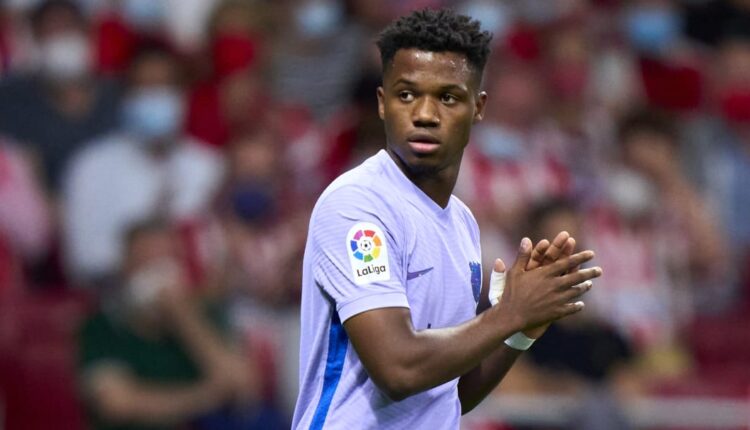 Barcelona hope to have finalised a new contract for winger Ansu Fati by the time Real Madrid rock up to Camp Nou on 24 October.

The Catalan giants have the option to extend Fati’s current deal, which expires in 2022, by an additional two years, but they do not plan on doing that and instead expect to tie the 18-year-old down to a bumper new contract to reward his meteoric rise.

Talks have been ongoing for a while, with both Barcelona and Fati keen to get a deal done, and a formal offer has been made which is currently being studied by the 18-year-old and his representatives.

There is cautious optimism that an agreement will be reached fairly soon, and according to Mundo Deportivo, the hope is that Fati will put pen to paper and raise spirits at the club in time for El Clasico.

Seen as the focal point of the team for the next decade, Barcelona believe news of Fati’s contract extension would not only raise the spirits of the club’s supporters, but would also galvanise the players and provide a much-needed injection of joy ahead of such an important game.

Fati has made it abundantly clear that he is not even humouring the idea of leaving Barcelona, but that does not mean he is prepared to blindly accept any proposal. He wants to make sure that the terms of any offer are fair, but more importantly, that his vision for the future of the club is shared by those in charge.

Barcelona have explained how they plan to aid Fati’s continued development, and the feeling is that everything should be sorted out in the coming days.

Contract extensions are on the to-do list at Camp Nou. Pedri just inked a bumper new deal of his own and talks are also underway with both Gavi and centre-back Ronald Araujo.

Ousmane Dembele’s future is also of particular importance. The 24-year-old, who cost the best part of £130m back in 2017, is out of contract in the summer and talks over an extension have not always been as smooth as Barcelona would hope.

Links between Dembele and Manchester United, Manchester City and Chelsea have surfaced in recent weeks, with the three Premier League sides keeping a close eye on what could be a bargain deal.