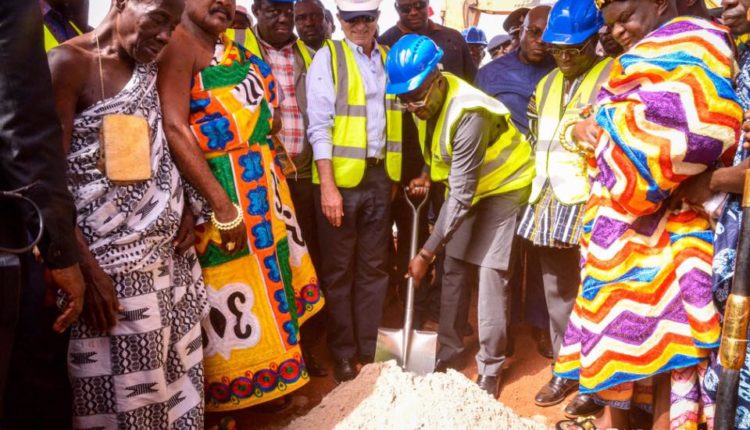 Vice President of the Republic, Dr Mahamudu Bawumia has broken ground for construction works to begin on the 38-kilometre Benchema Junction-Adjoafua road in the heartland of the cocoa and timber-rich Western North Region.

The project will be funded by the Ghana Cocoa Board under the Cocoa Roads project.

It was previously awarded on contract in 2011 by the late Prof Atta Mills, and again in 2014 by President John Mahama, but never constructed.

The last contract was terminated on the advice of the Cocoa Roads Audit Committee when the NPP assumed office in 2017.

But cutting sod for a new contract at Elluokrom on Friday, Vice President Bawumia stated, “One thing is for sure. This time, this project will be done.”

“It will be completed and the good people of Western North Region, and this area, in particular, can have some relief,” he said.

The Benchema Junction-Adjoafua road is strategically important, serving as the main conduit in the transportation of all crops, cocoa and timber produced in the region.

It is also the major road linking Ghana to Ivory Coast at Oseikojokrom. Economic activities are therefore hampered perennially during the rainy season as the gravel surface suffers deterioration from the heavy axle trucks.

Works to be undertaken in the 28-month contract period include upgrading from an unpaved road to a bituminous surface, widening of the carriageway, construction of 22 new culverts, and reconstruction of the 50m Bridge over River Bia.

Vice President Bawumia emphasised government’s commitment to holistically improving the socio-economic conditions of all aspects of Ghanaian life, especially in the roads sector.

“This is the vision we wish to realise for our people and nation, in which the road network serves as the live wire and the circulatory system, transporting the vital produce needed by all other sectors to all other parts of the country.”

Agriculture, Vice President Bawumia assured the chiefs and people of the area, would continue to remain at the heart of government policy, with well-crafted policies and programmes.

Mr Joseph Boahen Aidoo, Chief Executive of Ghana Cocoa Board, expressed delight that construction works had finally seen the light of day, disclosing that close to 50 per cent of the region’s cocoa is transported on this road. Implements, fertilizers and other essentials for successful farming would also be delivered on time, he added.

The Minister for Roads and Highways, Mr Kwasi Amoako Attah, pledged on behalf of the government that unlike its predecessor, the Akufo-Addo administration would ensure the construction and completion of this strategically important road.

Speaking on behalf of the chiefs and people of the area, the Paramount Chief of Sefwi Wiawso, Katakyie Kwasi Bumangama II, expressed appreciation to the government for hearing their age-long cry for help, saying, “I believe this time our roads will be fixed.” 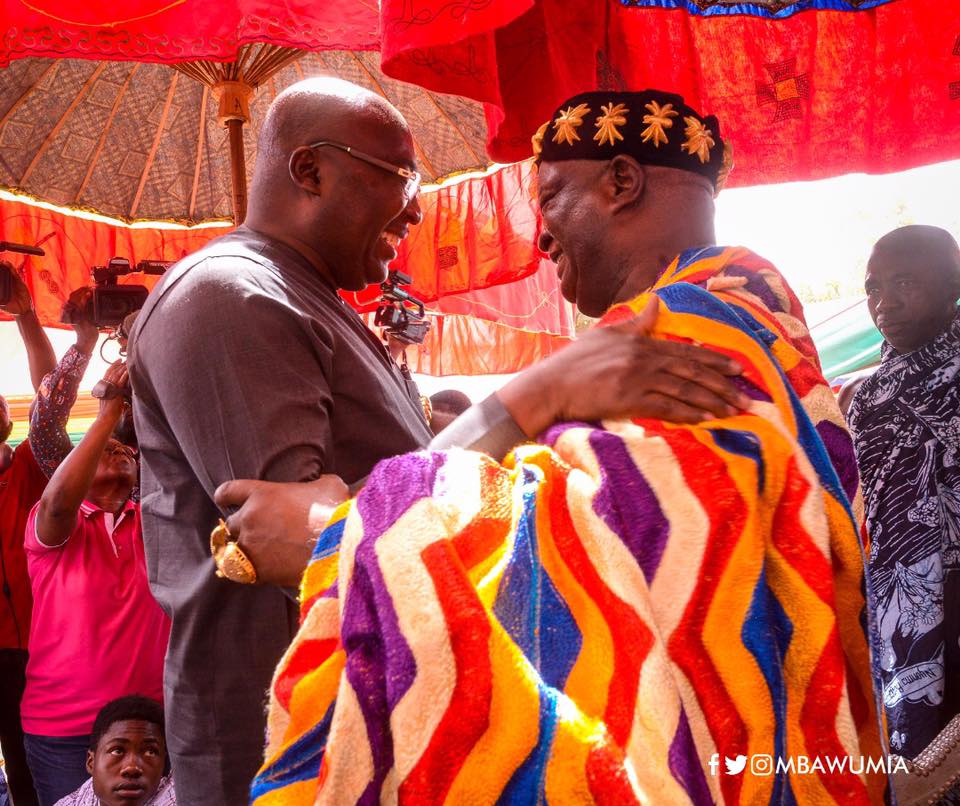