Former President John Dramani Mahama has criticised the BBC for asking him a ‘discourteous’ question in 2016 whether he had taken a bribe before.

BBC’s Peter Okwoche had asked him directly if he had taken a bribe before. But Mahama wanted to know if the question was based on his status as a “president” or as a “human being.”

Mahama would later respond that “no, I haven’t taken bribe before”.

But before then Mr Mahama sought to clarify whether he was being asked to answer in his capacity as president of as a human being.

On a road down the memory lane, Mr Mahama told Class FM on Monday, September 14, that “that question was a very discourteous question”.

Mr Mahama, who is seeking a second shot as president, pointed out that “it threw me off the cuff. It was a question about ‘have you taken any bribe before?’ and it caught me off guard”.

He answered and tried to clarify the question but the journalist persisted and he maintained his answer as “No”. 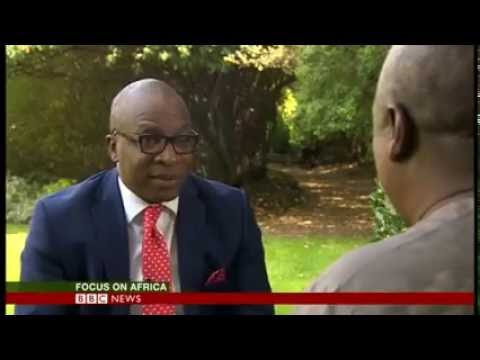 The opposition New Patriotic Party (NPP), at the time, took advantage of Mahama’s hesitant response and said it was evidence that Mahama was corrupt.

Analysts say his answer hurt his image at the polls.

But Mahama has warned that Africans should be wary of western media.

He said, “the western media has created an impression that characterises every African leader as corrupt”.

He pointed to past presidents such as Mobutu Sese Seko, a Congolese politician and military officer who was the president of Zaire (now DR Congo) from 1965 to 1997.

Mr Mahama was of the view that the western media would not ask a western leader that kind of question.

So, he wondered why he would be put on the spot to respond to something like that on the BBC.

To fight corruption in Ghana, Mr Mahama believed an awareness campaign must be intensified and institutions empowered to bite.

He bemoaned poor funding of anti-corruption institutions and political interference as the major challenge to the fight against graft.

Mr Mahama added that he never endorsed corruption under his watch so he told his officials to probe corruption cases without his approval. This, he said, resulted in the incarceration of the former National Coordinator for the Youth Employment Agency (YEA), Abuga Pele.

Mr Pele has served two years of his six-year jail term, which began in 2018 after being convicted in connection with the GHC 4.1 million Ghana Youth Employment and Entrepreneurial Development Agency (GYEEDA) Scandal.

Mr Pele was jailed along with businessman, Philip Akpeena Assibit, who had 12 years for his involvement in the GYEEDA rot.

The Financial and Economic Crimes Division of the Accra High Court presided over by Mrs Justice Afia Serwaa Asare-Botwe, found Assibit guilty of putting in false claims that he had secured a $65-million World Bank funding for the creation of one million jobs for the youth, resulting in the government parting with GH¢4.1 million.

Mr Mahama cited other corruption-related cases which his administration took action against to bring the perpetrators to book.

“At the National Service we dismissed 110 officers because of the ghost name saga and we put 31 of them before court,” he added.

Mr Mahama pointed out that the then Transport Minister, Dzifa Ativor, had to resign and the company was pursued to refund over GHC 3m.

The flagbearer of the NDC further revealed: “one company refunded GHC 50m”.

He explained that the firm was supposed to issue loans to establish trainees in start-up businesses by acquiring equipment for the beneficiaries.

Mr Mahama said the firm did not implement a recovery system which resulted in the failure of the programme.

Even though Mr Mahama did not state the name of the company.

Check by theghanareport.com reveal that some companies of AGAMs Holdings, chaired by Roland Agambire, had to refund monies to the government.

In April 2014, he is reported to have paid a total of Ghc14.5 million to the State, as the first tranche of an amount of Ghc55.5 million expected to be recouped by the State.