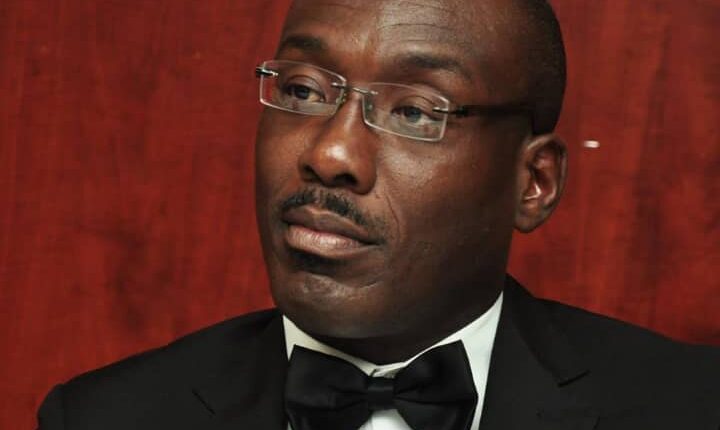 Be Responsible; Freedom of Expression Not Absolute – GBA to Media

The Ghana Bar Association (GBA) has reminded the media and Ghanaians that freedom of expression as guaranteed and protected under the 1992 Constitution is not absolute.

Thus, the constitution attaches a corresponding and even a greater deal of responsibility and circumspection to freedom of expression, hence the media and for that matter Ghanaians should not hide behind such a right to violate the legal interests and rights of other citizens and of society or the national interest or public order.

Article 12 (2) of the 1992 Constitution states that; “Every person in Ghana, whatever his race, place of origin, political opinion, colour, religion, creed or gender shall be entitled to the fundamental human rights and freedoms of the individual contained in this Chapter but subject to respect for the rights and freedoms of others and for the public interest”.

The President of the GBA, Yaw Acheampong Boafo said Justice Sophia Akuffo in a case between CLOSSAG and the Attorney-General and Others further explained Article 12 (2); as follows; “Prima facie, constitutional rights and freedoms are to be enjoyed fully but subject to the limits which Constitution itself places thereon, in the terms of Article 12(2)…”.

Mr Acheampong Boafo reiterated this point when he addressed the 2022 Bar Conference in Ho.

The conference which has over a thousand participants commenced on Monday, September 12 and is expected to end on Friday, September 16, 2022. It is on the theme; “Ghana’s Democracy under the Fourth Republic – Gains, Challenges and Prospects.”

He explained that freedom of expression is not protected and guaranteed when without justifiable grounds or good faith or honest belief- a person denigrates or casts slurs on the reputations of other persons (defamation); or when words are said in the public or media space to incite people to violence.

To this end, the GBA condemned the incessant use of some media platforms as outlets for ventilation of divisions, intemperate language and confusion; adding that “Media houses cannot hide behind dishonest click baits to tarnish the reputation of others who hold positions they disagree with.”

Thus, instead of the polarization, programmes the media churn out should be healthy and promote peaceful co-existence, and be a real talk-shop and marketplace of ideas where opinions and superior alternatives are discussed and exchanged within an atmosphere of civility.

He further suggested that the management of media houses and hosts of political programs may consider reviewing the kind of persons or panellists they invite to their shows. Hosts of shows must be proactive and take charge of the discussions to prevent utterances that could unfairly denigrate the reputation of others and even breach the peace and security of this country.

Despite the excesses of the media the GBA also condemned the reported incidents of violence and threats visited on some media personnel in the discharge of their duties.

The GBA recounted that reports have indicated that some of these attacks had come from none other than persons belonging to the two dominant political parties in the country- as well as some security personnel.

Unfortunately, the posture towards arrest, investigations and prosecution of such offenders by the relevant state agencies; Police and the Office of the Attorney-General has left much to be desired. Convictions turn out to be lenient or slap-on-the-wrist, thus, failing to deter others from repeating the same offences.

The GBA President believes these fallen standards and media attacks may have contributed to Ghana’s ranking in the 2022 edition of the World Press Freedom Index, thus being ranked 30 places lower than its more recent position in the 2021 ranking.

Be that as it may, “the GBA is of the belief that swift and unbiased arrests and prosecutions of persons who physically attack and abuse journalists by the State, irrespective of the political party of the perpetrators involved- and deterrent sentences imposed by our Courts would bring confidence and restore or even improve Ghana’s position as a shining example of press freedom and democratic governance in Africa.”