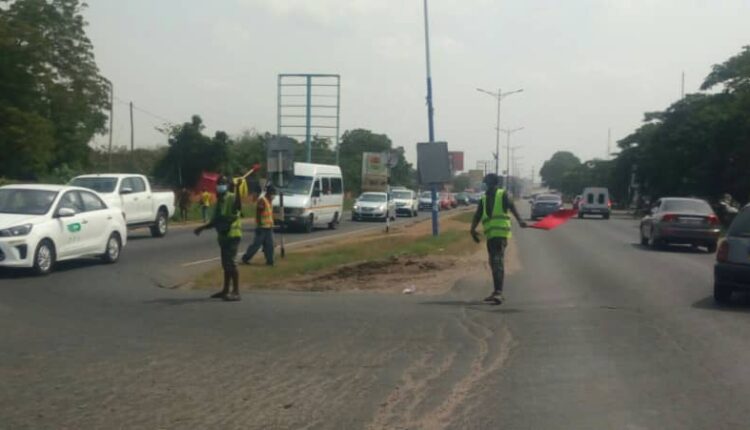 Beggar-Traffic-Wardens will be flushed out

Police chiefs intend to get rid of unidentified men directing traffic during rush hour in Accra.

Common in the Greater Accra Region, the phenomenon involves mostly vagabonds standing at major intersections of the city begging for alms under the pretext of directing traffic at congested spots during rush hour.

The disturbing aspect of their operation is that they get busy begging for alms from the drivers on busy roads even as they direct traffic.

Oftentimes motorists who turn them away are treated with contempt and left to remain in the congestion as they reward the benevolent drivers who always give them money. 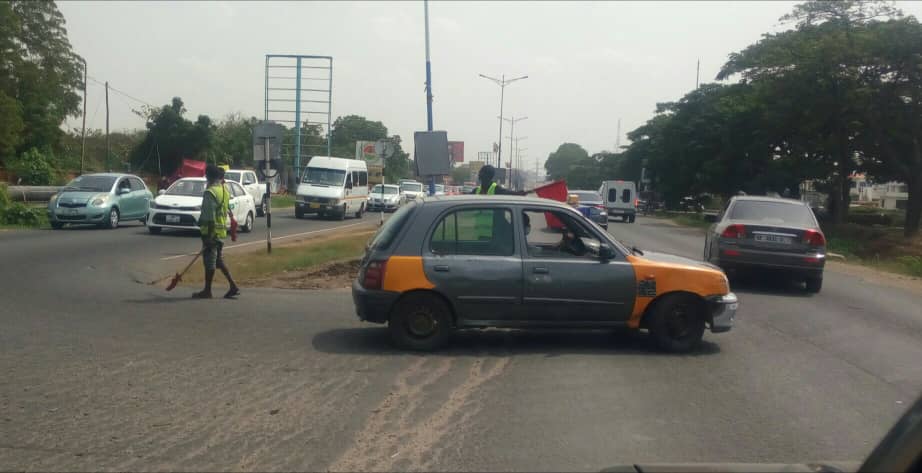 Speaking to theghanareport.com on the police’s lackadaisical enforcement, the Eastern Regional Commander of Motor Traffic and Transport Department (MTTD), Chief Superintendent Stephen Ahiatafu, said the notorious beggar-turned-traffic-controllers would be cleared off to ensure discipline on the roads.

Supt Ahiatafu noted that these homeless traffic wardens are not common in the Eastern Region and other parts because the MTTD in these areas quickly dispatch a team to any street or intersection where a volunteer tries to do the work of traffic police.

He is hopeful that a combined exercise by the police, DVLA and other stakeholders, which began in the Eastern Regions last week, would continue in Accra to weed out bad nuts on the road and wayward traffic controllers.

These homeless traffic wardens take inspiration from the late Abdul Rahman Haruna, known simply as Awudu, who became a hero by voluntarily directing traffic on busy intersections in Accra.

It was generally believed that police personnel sometimes gave him reflective jackets and personal protective equipment.

The fact that the police accommodated him shocked observers who found it inappropriate that a traffic warden could be openly begging for alms even in the thick and fast traffic flow.

There is a ban on the use of motorcycles for carrying fare-paying passengers in Ghana.

However, the practice, known as okada, has been widespread due to transportation challenges and endorsement by people in authority.

Supt Ahiatafu condemned okada riders who operate in constant violation of traffic regulations; adding clamping down on such misdemeanour is the way forward.

He acknowledged that the combination of education is the right approach to such problems to give their operation a human face.

The police chief explained that offenders’ low awareness level needs a systematic approach to avoid the situation of okada drivers accusing the police of harassing them during legitimate enforcement of the law.

He said the exercise in the Eastern Region so far has revealed how big a task it is to enforce safe road use.

The Police MTTD began a series of road traffic enforcement in parts of the country to reduce the carnage on the roads.

The outreach programme is by a combined team, including the DVLA and stakeholders, to ensure road safety and help identify the bad roads that need repairs.

He said basic things such as reflectors on cars were not being complied with.

Most drivers are using reflective substandard stickers not recommended by the DVLA.

Road users, especially commercial vehicle drivers, fail to apply a basic sense of self-preservation, and when the police catch them, they complain of harassment.

The worst offenders are the okada riders scattered all over town, whose motorbikes are unregistered.

These okada riders expose themselves and their passengers to danger as they never wear helmets.

Supt Ahiatafu said the enforcement team would be on the Accra-Ho road from next week. They would also patrol the Somanya-Adenta road to enforce road regulations and the inspection of bad roads needing repairs.