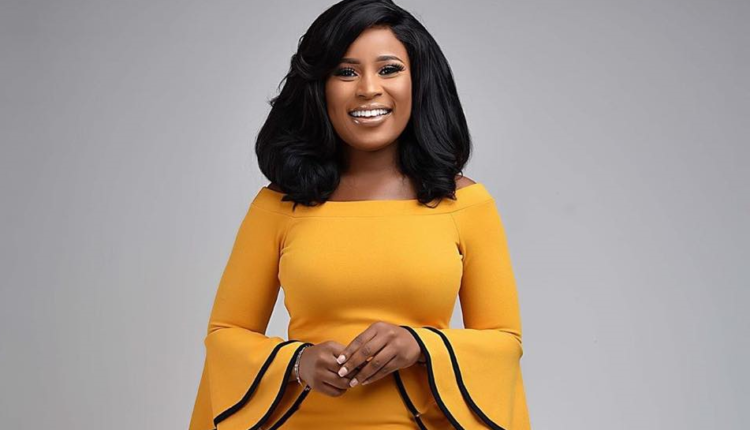 Radio and Television personality, Berla Mundi, has announced her exit from Excellence In Broadcasting (EIB) Network after working there for five years.

The presenter is moving from the Platinum heights based television station, GHOne, to competitors, TV3, based at Kanda in Accra.

Berla Mundi in an instagram post, thanked the Chief Executive Officer (CEO) of EIB network, Nathan Kwabena Anokye Adisi known in showbiz as Bola Ray for realizing and harnessing her full potential, after which she bestowed God’s blessings on him for all the good things he has done for her.

Earlier in February, there were reports on several news outlets about Berla Mundi leaving the previously star-studded EIB network for Media General, owners of TV3, 3FM, 3News.com among others.

But the reports were dismissed almost as quickly as they came in.

Months down the line though, the budding talent has confirmed the reports by making her move to TV3 official.

Dear @Bolarayofficial and EIB, thank you; thank you for helping me discover my true self, harness my strengths and work on my weaknesses; thank you for providing the most user-friendly atmosphere to create lasting memories, glue-tight bonds, endless, pure and genuine laughter; thank you for allowing me to share my God-given talent with millions of people across the world. Our journey together consisted of many good moments and I would forever be grateful because you taught me to always view the cup as half full rather than half empty.

Just like every chapter, ours has come to an end much sooner than I would have wanted, but I would forever cherish the family you were to me. I take along with me all the lessons learned as I begin a new journey with my new family and I hope that with your blessings, I can share the light and positivity with Media General who have by the way, welcomed me with open arms. I look forward to creating more lasting memories here.

To my viewers and those who supported me, continue to pray for me as I promise you a new experience at my new destination. I leave you with this piece, ‘Everything will make sense someday, so for now, laugh at your mistakes, smile through the tears and keep reminding yourself that everything really does happen for a reason’.

Like the Pink Carnation, I’ll never forget your impact in my life… ..Thank you Ray Ball and EIB. Our paths will cross again. Until then, I wish you God’s blessings.