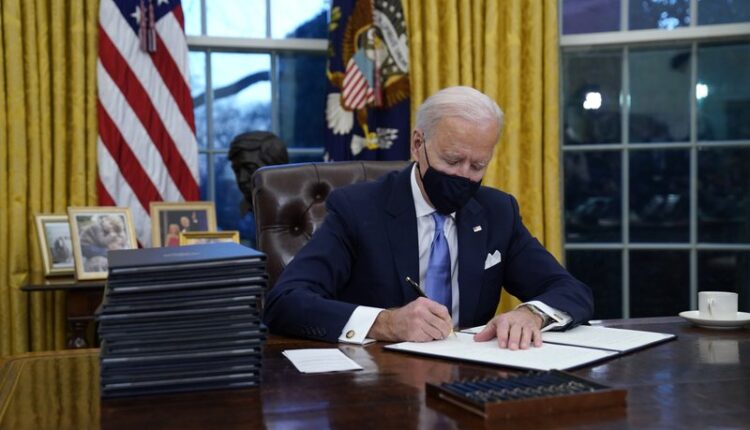 US President Joe Biden has revoked a proclamation issued under the Trump administration that blocked many green card applicants from entering the United States.

The order by former President Donald Trump, known as Presidential Proclamation 100014, cited a need to protect US jobs amid high unemployment rates caused by the coronavirus pandemic.

In a statement on Wednesday, the White House announced that Biden overturned the measure through an executive order, saying Trump’s ban separated families and “does not advance the interests of the United States”.

“To the contrary, it harms the United States, including by preventing certain family members of United States citizens and lawful permanent residents from joining their families here,” the statement reads.

Human rights advocates have been calling on the Biden administration to overturn the measure, which was set to expire on March 31.

“I’m thrilled that Biden has cancelled this proclamation,” Curtis Morrison, an immigration lawyer based in California, told Al Jazeera.

“But I’m also worried,” said Morrison, explaining that the US is currently facing a backlog of hundreds of thousands of visa applicants.

“That backlog may take [Biden’s] entire first term to clear out, unless he is ambitious to doing something to solve that problem.”

Since taking office on January 20, Biden has overturned several of Trump’s anti-immigration policies, including the so-called Muslim ban and a policy that forced asylum seekers to wait in Mexico while their US asylum applications are processed.

But his efforts – including a bill unveiled this month that would create an eight-year pathway to citizenship for 11 million undocumented people who live in the US – are expected to be met with stiff resistance by Republicans in Congress.