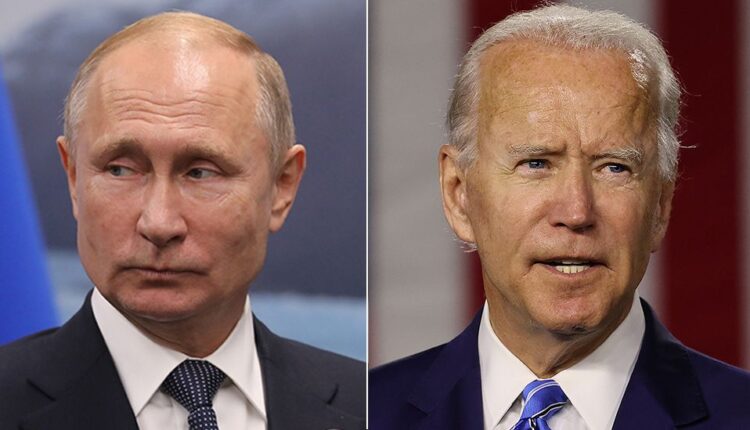 US President Joe Biden has warned Russian leader Vladimir Putin about election meddling in their first call as counterparts, the White House says.

The conversation also included a discussion about the ongoing opposition protests in Russia.

A Kremlin statement did not refer to any points of friction, saying the call was “business-like and frank”.

Former US President Donald Trump sometimes undercut his own administration’s tough posture on Russia and was accused by some of being too deferential to Mr Putin.

But former President Barack Obama – under whom Mr Biden served as vice-president – was also criticised for failing to check the Kremlin as it annexed Crimea, supported rebel forces in eastern Ukraine and muscled in on Syria.

What did the White House and Kremlin say?

“President Biden made clear that the United States will act firmly in defence of its national interests in response to actions by Russia that harm us or our allies,” the White House said in a short statement, referencing the main talking points of Tuesday afternoon’s call but listing no further details.

The US said that the two presidents also discussed the massive SolarWinds cyber-attack, which has been blamed on Moscow; reports that the Kremlin placed bounties on US soldiers in Afghanistan; and the poisoning of Russian opposition activist Alexei Navalny.

The Kremlin statement about the call said their president had “noted that the normalisation of relations between Russia and the United States would meet the interests of both countries and – taking into account their special responsibility for maintaining security and stability in the world – of the entire international community”.

The two leaders appeared to seal an agreement to renew New Start, an Obama-era accord that limits the amounts of warheads, missiles and launchers in the US-Russian nuclear arsenals.

It was due to expire next month, and Mr Trump had refused to sign on.

Joe Biden had indicated he would be tougher on Vladimir Putin than Donald Trump, who refused to take on the Kremlin and frequently cast doubt on Russian interference in the 2016 elections.

On that matter Mr Biden made his sharpest break with Mr Trump, reportedly telling Mr Putin that he knew Russia had tried to meddle in both the 2016 and 2020 elections. He also warned the Russian president that the US was ready to defend itself against cyber-espionage, and any other attacks.

Despite Mr Trump’s conciliatory approach, the Kremlin did not benefit from his presidency, because his administration heavily sanctioned Russians for issues ranging from Ukraine to attacks on dissidents. Joe Biden and his foreign policy team will take a robust position on human rights and Mr Putin’s intentions in Europe.

But they are not looking for a confrontation.

Rather, they hope to manage relations and co-operate where possible. In that vein, the two presidents did agree to work at completing the extension of the new Start arms control treaty before it expires next month.

What does the New Start treaty actually do?

The treaty, signed in 2010, limits each side to 1,550 long-range nuclear warheads, a lower number than under the previous deal.

Another 100 are allowed if they are not operationally deployed – for example, missiles removed from a sub undergoing a long-term overhaul.

Again, this is a significant reduction from the original treaty.