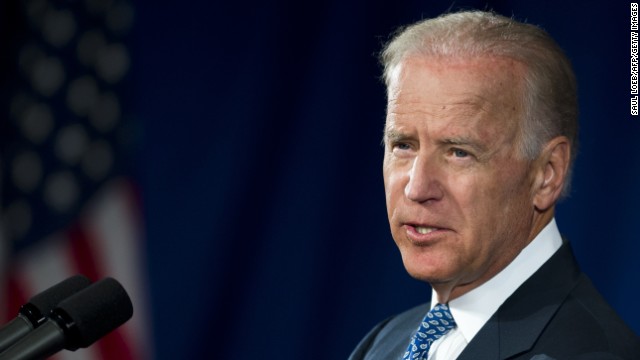 The former US vice-president said his rival has unleashed “too much anger, too much fear, too much division”.

His impassioned speech was the capstone of a political career spanning nearly half a century.

Mr Biden, 77, heads into the general election campaign with a clear lead in opinion polls over Mr Trump, 74.

But with 75 days to go until the election the Republican president has plenty of time to narrow the gap.

What did Biden say?

Speaking from a mostly empty arena in his hometown of Wilmington, Delaware, Mr Biden said: “Here and now, I give you my word, if you entrust me with the presidency, I will draw on the best of us, not the worst.

“I’ll be an ally of the light, not the darkness.

“It’s time for us, for we the people, to come together. And make no mistake, united we can and will overcome this season of darkness in America.

Mr Biden said “character is on the ballot” this November.

“We can choose a path of becoming angrier, less hopeful, more divided, a path of shadow and suspicion,” he said.

“Or, or, we can choose a different path and together take this chance to heal, to reform, to unite. A path of hope and light.

“This is a life-changing election. This will determine what America is going to look like for a long, long time.”

Mr Biden vowed to heal a country crippled by a deadly pandemic and economic catastrophe and riven by a reckoning on race.

He continued: “What we know about this president is that if he’s given four more years, he’ll be what he’s been for the last four years.

“A president who takes no responsibility, refuses to lead, blames others, cosies up to dictators and fan the flames of hate and division.

“He’ll wake up every day believing the job is all about him, never about you.

“Is that the America you want for you, your family and your children?”

Referring to America’s coronavirus death toll, Mr Biden said: “Our current president has failed in his most basic duty to the nation: he has failed to protect us.”

Paraphrasing the Irish poet Seamus Heaney, he concluded: “This is our moment to make hope and history rhyme.”