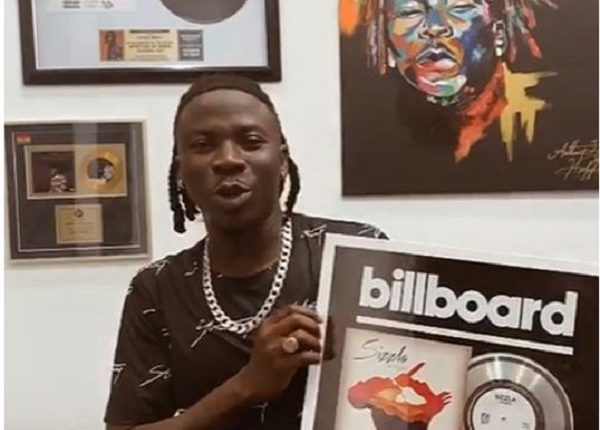 The honour was given to the ‘Kpo Keke’ hitmaker for his contribution to the album I’m Yours released in 2017 by Jamaican Reggae artiste Sizzla Kalonji.

The album after being on the Billboard chart for 15 weeks peaked at number 2 on the Reggae Albums Chart. This achievement called for the honour of the artiste and the featured artistes.

Shoot You, the song Stonebwoy, born Livingstone Etse Setekla, is a horn-heavy riddim that blends roots reggae and hip hop.

The BET award winner took to his Instagram handle to share the news with his friends, family and fans.

After sharing the video Stonebwoy wrote, “The Works Will Reflect Your Worth! League Of Legends!! LOL.”