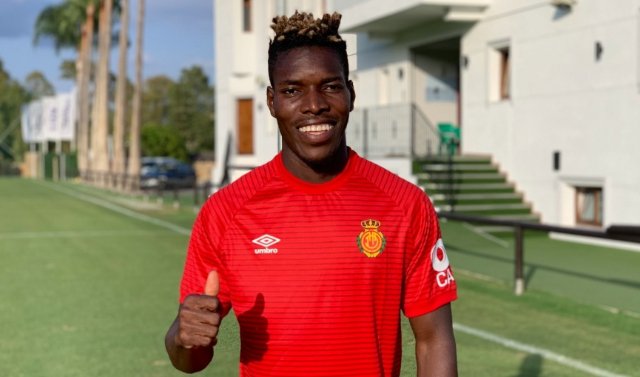 Ghana international, Lumor Agbenyenu has completed a switch to Spanish side Real Mallorca, the club has announced.

He spent the second half of last season on loan at Turkish fold Goztepe.

“RCD Mallorca and Sporting Lisbon have reached an agreement for the transfer of Lumor Agbenyenu (Accra, Ghana, 1996),” the Vermilions have published on their official website.

“Lumor plays as a left-handed side player and at 22 has already accumulated extensive experience in Europe, where he has played a total of 124 games, divided between Portimonense SC (81), TSV 1860 Munchen (19 games), Sporting CP (9) and Goztepe Turkish (9).

“Lumor is already in Benahavis (Malaga) and tomorrow he will participate in the training session that will begin at 10:00 hours.

“In the afternoon the team faces Malaga at the Marbella Sports Center at 7:30 p.m.”

Last season, Lumor made a combined 10 league appearances for Sporting and Goztepe, starting nine of the games.

He was a member of Ghana’s team at the recent Africa Cup of Nations, where the Black Stars suffered a Round of 16 exit.

At the tournament, he made two appearances, facing Benin and Tunisia in the West Africans’ first and fast games in Egypt.

The Accra-born player is set to team up with compatriot Iddrisu Baba Mohammed at Mallorca.