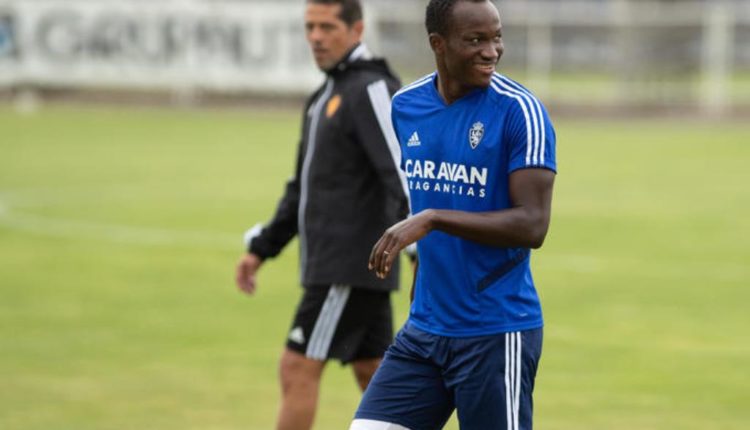 Coach of the senior national team, Black Stars, Charles Kwablan Akonnor, is delighted with the return of striker Raphael Dwamena after a career-threatening heart condition.

Dwamena is reported to have begun training with his Spanish Segunda division side, Real Zaragoza, after undergoing a successful heart surgery four months ago.

The 24-year-old striker has been out of action since October 2019 after being diagnosed with a pulmonary condition which threatened his football career.

The striker was seen training for the first time on Saturday having been out of action in the last eight months.

Black Stars coach, C.K Akonnor, in a twitter post empathised with the young striker and expressed delight to have him back.

I have been there before and it is not easy for a young player to go through what @RaphaelDwamena went through, had a chat with him and I’m happy to see him back in training

The striker is currently on loan at Real Zaragoza from Levante and has a contract until 2022.

Raphael Dwamena made his international debut on June 11,  2017, in an African Cup of Nations qualifier against Ethiopia, where he registered a brace in a match that saw the Black Stars won 5-0.