Ghana winger, Osman Bukari, has completed his move to Red Star Belgrade on a long-term deal after leaving Belgian side, KAA Gent.

The move is worth €2 million according to reports.

Bukari spent last season on loan with French Ligue 1 side FC Nantes, where he helped them win the French Cup, his first career trophy.

He played an instrumental role in FC Nantes’ journey to the French Cup triumph, scoring two goals and providing four assists in 26 matches in all competitions.

The Serbian giants held a simple event on Tuesday to introduce new signing Osman Bukari to their fans ahead of the 2022/23 season. 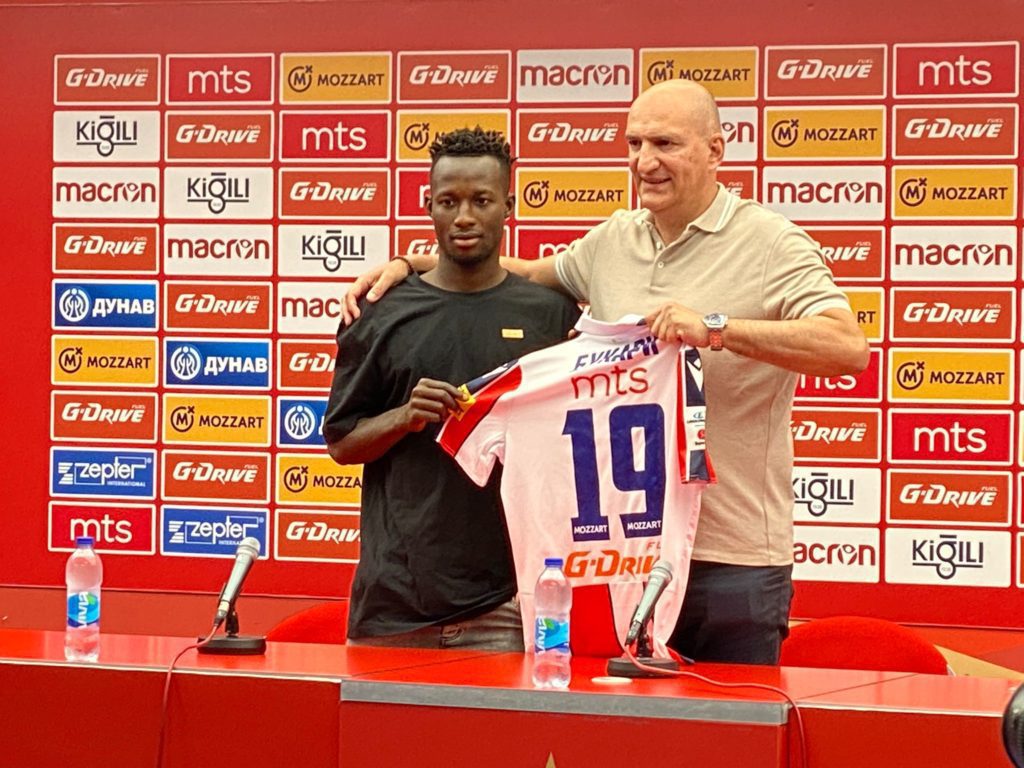 Bukari was a member of the Black Stars squad that eliminated Nigeria from the 2022 FIFA World Cup final play-off round to book a ticket to the world football to be held later this year in Qatar.

He has been capped five times for the senior national team of Ghana with a goal to his credit, which he scored earlier this month against Madagascar in the 2023 Africa Cup of Nations qualifiers.