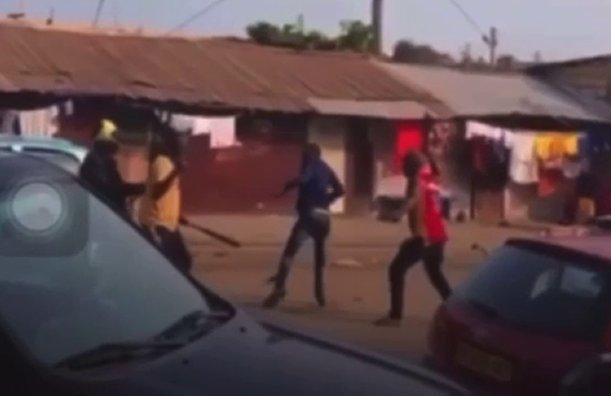 The timely intervention of the Ghana Police Service has prevented bloodshed at Nima, Accra, after separate youth groups engaged in a fight with weapons.

The cause of the chaos is not immediately known, but videos shared on social media contained violent scenes involving people attacking each other with machetes, clubs and knives.

Gunshots could be heard in one of the videos as passersby screamed and ran for cover on Tuesday, 18 January 2022.

Unconfirmed reports suggest fatalities and serious injuries, but the police are yet to confirm the details.

“The police strongly intervened in the Nima violence and brought the situation under control,” the police posted on Facebook.

The law enforcement agency noted that teams had been deployment to identify and arrest the suspects involved in the attacks.

“Meanwhile, the suspected criminals are being pursued to face justice. Full details will be provided at an opportune time”.

Below are some videos: