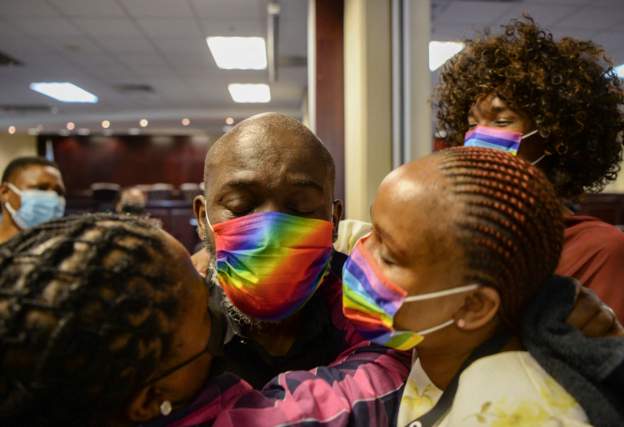 A five-judge bench unanimously ruled that the criminalisation of same-sex relationships violated the constitutional rights of lesbian, gay, bisexual and transgender (LGBT) people.

In 2019, the high court had rejected as unconstitutional laws that imposed up to seven years in prison for same-sex relationships, saying that human dignity is harmed when minority groups are marginalised.

But the state appealed against the decision, arguing that the penal code outlawed gay sex. It also said that majority of citizens did not agree with the 2019 judgement.

Monday’s ruling effectively struck off two sections of the penal code that had outlawed homosexuality.

“Those sections have outlived their usefulness, and serve only to incentivise law enforcement agents to become key-hole peepers and intruders into the private space of citizens,” said Appeal judge president Ian Kirby, who read the ruling.

Laws outlawing same-sex relations exist in the majority of the 54 African countries.