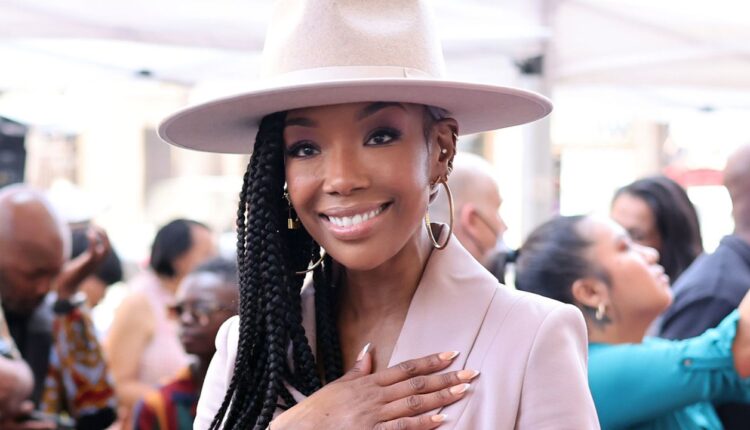 Brandy is back as Cinderella in new ‘Descendants’ movie for Disney+

Twenty-five years after she first played the role of Cinderella, Brandy is stepping into her glass slippers again.

The singer and actress will reprise her role as the fairytale heroine, first seen in the 1997 television movie “Cinderella,” in a new installment of the “Descendants” franchise for Disney+, the Mouse House announced Monday.

Also joining the project, called “The Pocketwatch,” is Rita Ora as the Queen of Hearts from the “Alice in Wonderland” story.

“The Pocketwatch” follows “Descendants 3” from 2019. The first film in the series, 2015’s “Descendants,” told the story of the teenage children of some of the most well-known villains from Disney’s animated classics.

The new story will explore characters Red and Chloe (Kylie Cantrall and Malia Baker, respectively), the daughters of the Queen of Hearts and Cinderella, as they navigate the balance of power between good and evil with a little time travel mixed in by way of a magic pocket watch.

Brandy starred in the Emmy Award-winning late-90s retelling of Rodgers and Hammerstein’s “Cinderella,” opposite Whitney Houston as the Fairy Godmother, for ABC’s Wonderful World of Disney.

Disney also announced Monday that “Descendants” fan favourite Melanie Paxson will reprise her role as the Fairy Godmother from the previous “Descendants” movies for “The Pocketwatch.”

A release date for the film has not yet been announced.