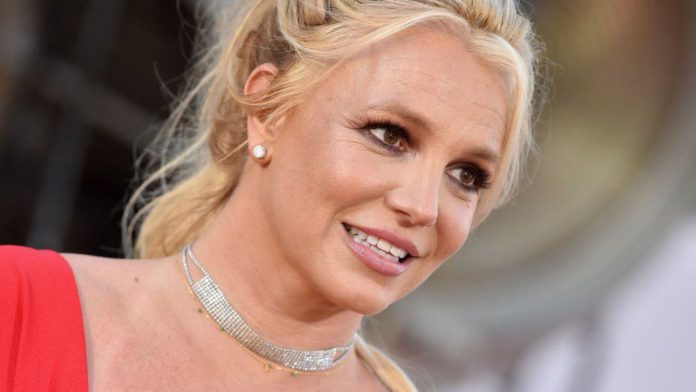 Britney’s ex charged for stalking her at wedding

A man once married to singer Britney Spears – for 55 hours – has been charged with felony stalking after showing up unannounced during her wedding to Sam Asghari.

Jason Alexander, 40, pleaded not guilty to the charge, as well as to trespassing, battery, and vandalism.

He was arrested last week after allegedly gate-crashing and streaming a video from inside Spears’ home.

Mr. Alexander was briefly married to the pop star, a childhood friend, in 2004.

But the union was annulled after less than three days.

Spears, 40, and her longtime partner Asghari, 28, tied the knot in an intimate ceremony in California last week.

But preparations were disrupted when Mr. Alexander was arrested after allegedly gatecrashing. He streamed a video apparently from inside the singer’s home, before being tackled by security.

Shortly beforehand he had posted an Instagram Live story in which he said he was there to “crash” the wedding.

His video showed him walking through Spears’ home looking for her, and then going into a marquee where the finishing touches were being put to a large display of roses. He claimed Spears had invited him, saying: “She’s my first wife, my only wife.”

Mr. Alexander was arrested by officers from the Ventura County Sheriff’s Office and taken to a local jail.

“He was able to find his way onto the property and was confronted by security,” a police spokesman said.

He attended the hearing virtually.

Spears’ wedding ceremony, which went ahead despite the disturbance, was attended by stars including Madonna, Paris Hilton, Selena Gomez, Drew Barrymore, Ansel Elgort and will.i.am.

In November, the singer was released from a controversial 13-year legal guardianship, under which her father Jamie controlled many aspects of her life.

Her father, mother and sister were reportedly not at the wedding after relations broke down over the arrangement, and Spears’ legal battle to end it.

Spears met her new husband, a personal trainer, in 2016 on the set of her music video for the song Slumber Party. She was previously married to dancer Kevin Federline from 2004 to 2007.