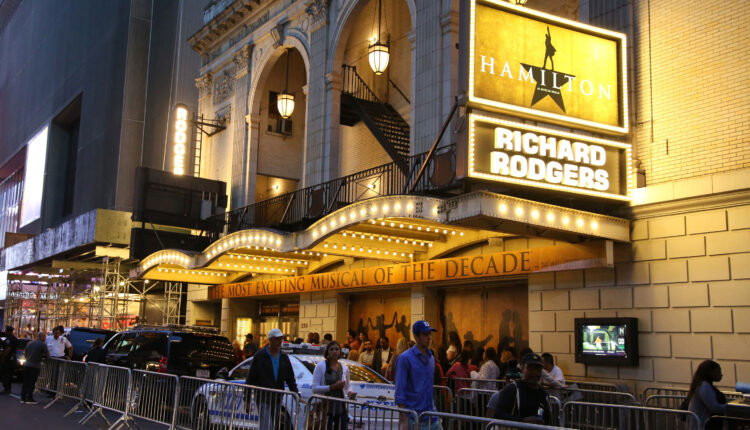 As the Delta variant sweeps across the US, Broadway has become the latest to issue guidelines regarding vaccinations.

Owners and operators of all 41 Broadway theaters in New York City will require audience members and performers as well as staff to be vaccinated for all performances through the month of October.
That announcement was made Friday in a statement by the Broadway League, and it aligns The Great White Way with corporations, restaurants, stores, and others that are instituting vaccination policies as the nation struggles to fully emerge from the pandemic.
Masks will also be required for audiences inside theaters, except for when they are eating or drinking in designated locations, the release said.
Broadway has been a hard hit during the pandemic as theaters have had to shutter because of Covid-19.
In April, St. James Theatre in New York became the first Broadway theater to open its doors after performances had been shut down for more than a year.
Under the joint policy, guests will need to be fully vaccinated with a vaccine authorized by the FDA or WHO in order to attend a performance and must show proof upon entry.
According to the statement, exceptions will be made for children younger than 12 years old as well as those with a medical condition or closely-held religious beliefs that prevent vaccination.
The announcement comes as Hollywood also grapples with how to continue work safely.
Actor Sean Penn recently declared he would not return to the set of his forthcoming series “Gaslit” until all the cast and crew were vaccinated.
FDAGhananewspaper WHOWeb