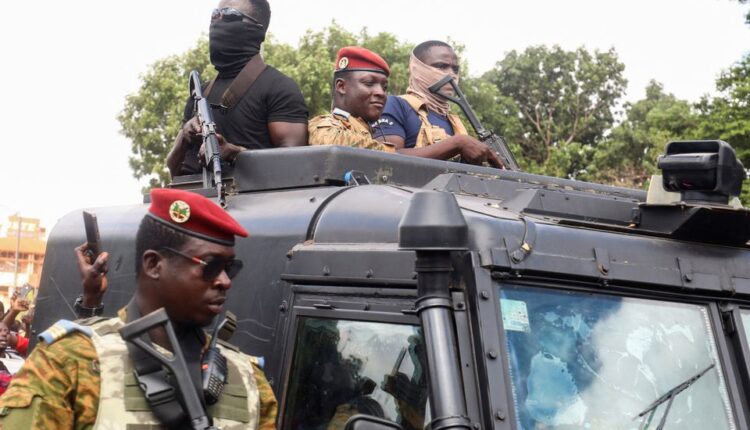 According to the deal, announced at a press conference, Traore had agreed to seven conditions, including a guarantee of Damiba’s safety and the security of soldiers who backed him, and the honouring of promises made to the West Africa regional bloc to return to constitutional rule by July 2024.

Damiba could not be reached for comment. A close family member told Reuters he left the country on Sunday.

Traore said earlier that order was being restored after violent protests against the French embassy and days of fighting as his faction moved to topple the government.

Splits have emerged within the army, with many soldiers appearing to seek Russian support as the influence of former colonial power France wanes.

It least three separate videos shared on online on Saturday and Sunday showed soldiers atop armoured personnel carriers, waving Russian flags, while the crowd around chanted “Russia! Russia!”. Reuters has not verified the videos.

Traore’s team urged people to halt attacks on the French embassy, targeted by protesters after an officer said France had sheltered Damiba at a French military base in the West African country and that he was planning a counter-offensive.

The French foreign ministry denied the base had hosted Damiba after his ouster on Friday. Damiba also denied he was at the base, saying the reports were a deliberate manipulation of public opinion.

“We want to inform the population that the situation is under control and order is being restored,” an army officer said in a statement broadcast on national television.

Another statement said Traore would continue to act as president until a transitional civilian or military president is designated in the coming weeks. 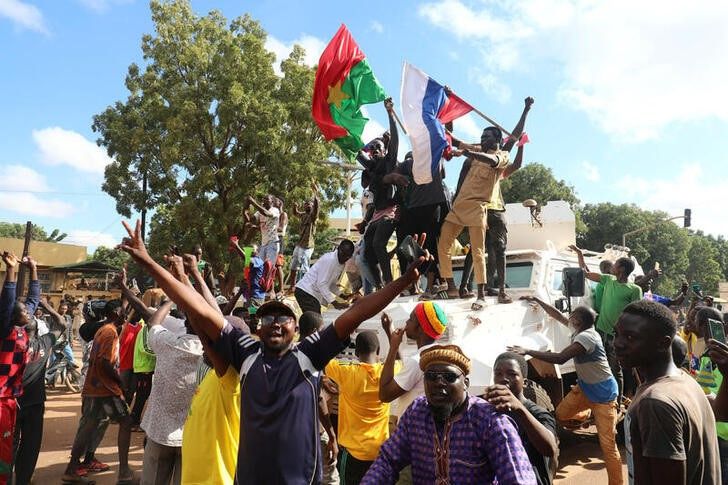 Ouagadougou was mostly calm on Sunday after sporadic gunfire across the capital throughout Saturday between opposing army factions.

“We invite you to continue with your activities and refrain from all acts of violence and vandalism… notably that against the French embassy and the French military base,” the officer loyal to Traore said, urging people to remain calm.

Damiba himself led a coup earlier this year against a civilian government that had lost support over rising violence by Islamist extremists. Damiba’s failure to stop the militant groups had led to anger in the ranks of the armed forces in the former French protectorate.

Divisions have emerged within the army also over whether to seek help from other international partners to combat the militants.

The soldiers who ousted Damiba said the former leader, whom they had helped to seize power in January, reneged on a plan to seek other partners. 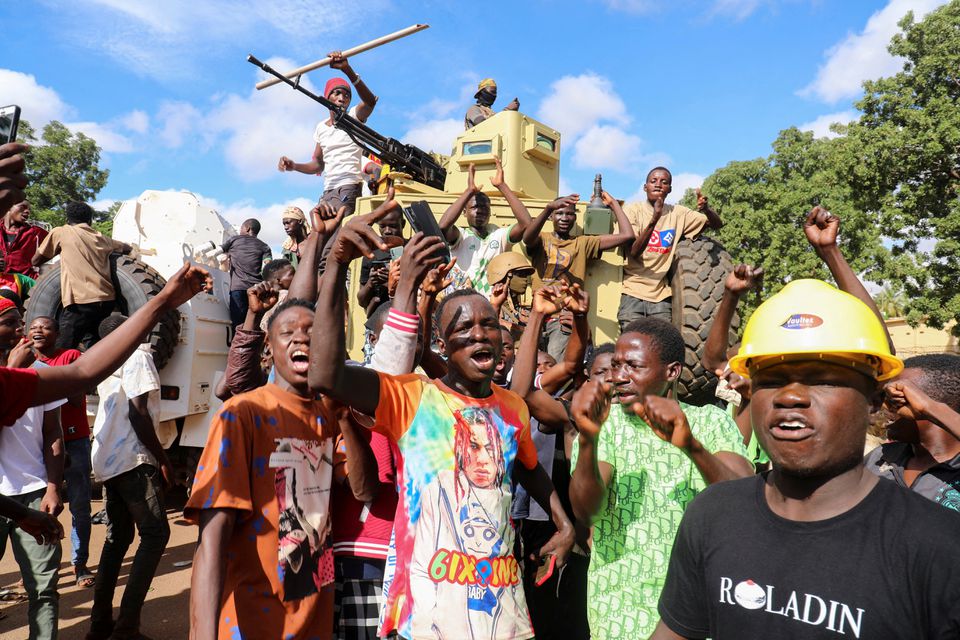 They did not name the partners, but observers and supporters said the soldiers want closer partnership with Russia, as did the soldiers who seized power in neighbouring Mali in August 2020.

Hundreds of people, some waving Russian flags and supporting Traore’s takeover, gathered in protest in front of the French embassy on Saturday and Sunday, throwing stones and burning tires and debris on Saturday and early on Sunday.

“We want cooperation with Russia. We want the departure of Damiba and France,” said Alassane Thiemtore who was among the protesters. 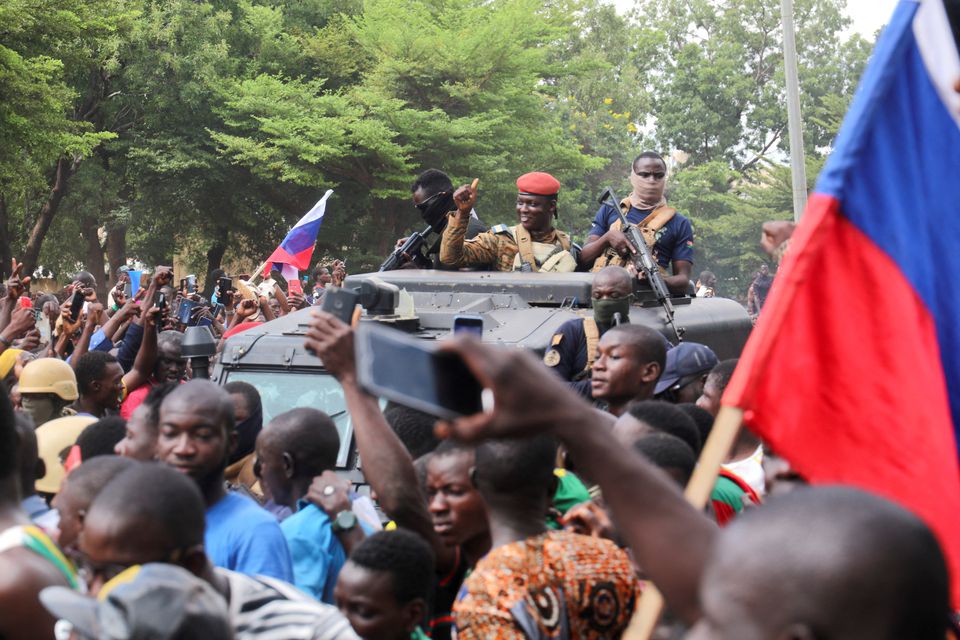 Burkina Faso has become the epicentre of attacks carried out by groups linked to al Qaeda and Islamic State, after violence that began in neighbouring Mali in 2012 spread to other countries south of the Sahara Desert.

Thousands have been killed in raids on rural communities and millions have been forced to flee despite Damiba’s promise to tackle insecurity following his coup in January.

This week, at least 11 soldiers died in an attack in northern Burkina Faso. Dozens of civilians are missing following the attack.