Ghanaian football giant, Kumasi Asante Kotoko, is challenging reports that some players in its contingent to Sudan for the CAF Champions League second leg against Al Hilal have tested positive for COVID-19.

Reports had it that seven players, two technical team members, and two management members were the affected individuals.

According to the test results submitted to the team by Al Hilal officials, the likes of Kotoko skipper Felix Annan, Kwadwo Opoku, Wahab Adams, Habib Mohammed, Latif Anabila, and Fabio Gama tested positive and are set to miss Wednesday afternoon’s clash in Omdurman.

However, the Porcupine Warriors have made an official complaint to the match commissioner claiming the COVID-19 test results which were presented by Al Hilal officials have been tampered with.

The team physio and physical trainer are not part of the list of Kotoko officials submitted for the match.

Although the Porcupine Warriors are challenging the results, they have presented a team for the game, which is expected to come off as planned.

In confirming the reports on Twitter, the club wrote, “Four officials and seven players are alleged to have tested positive for COVID-19 after the results that came in.

Below are COVID-19 results of some players 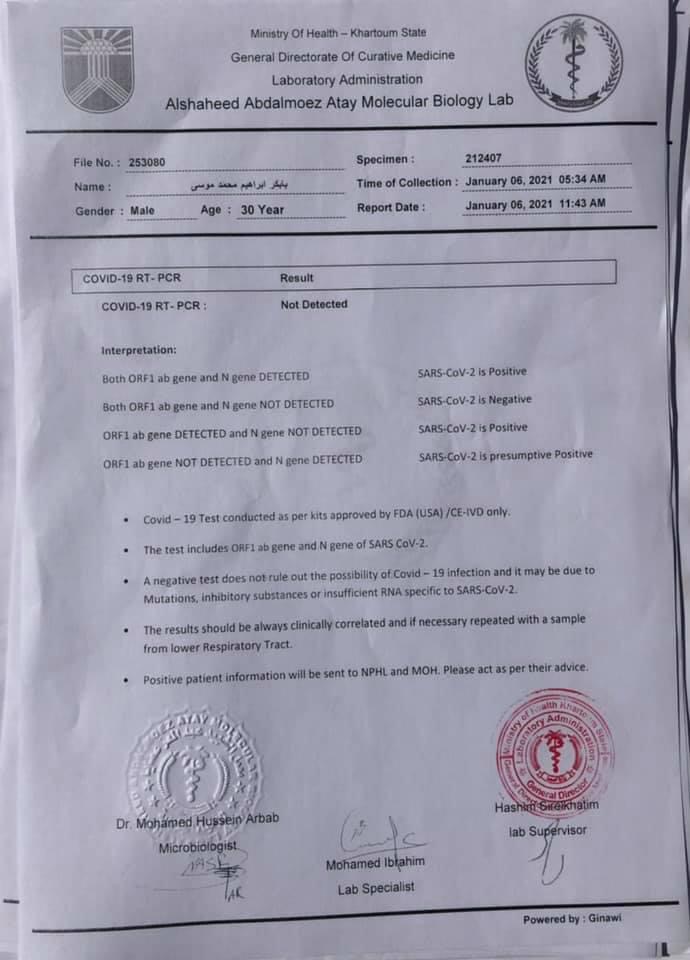 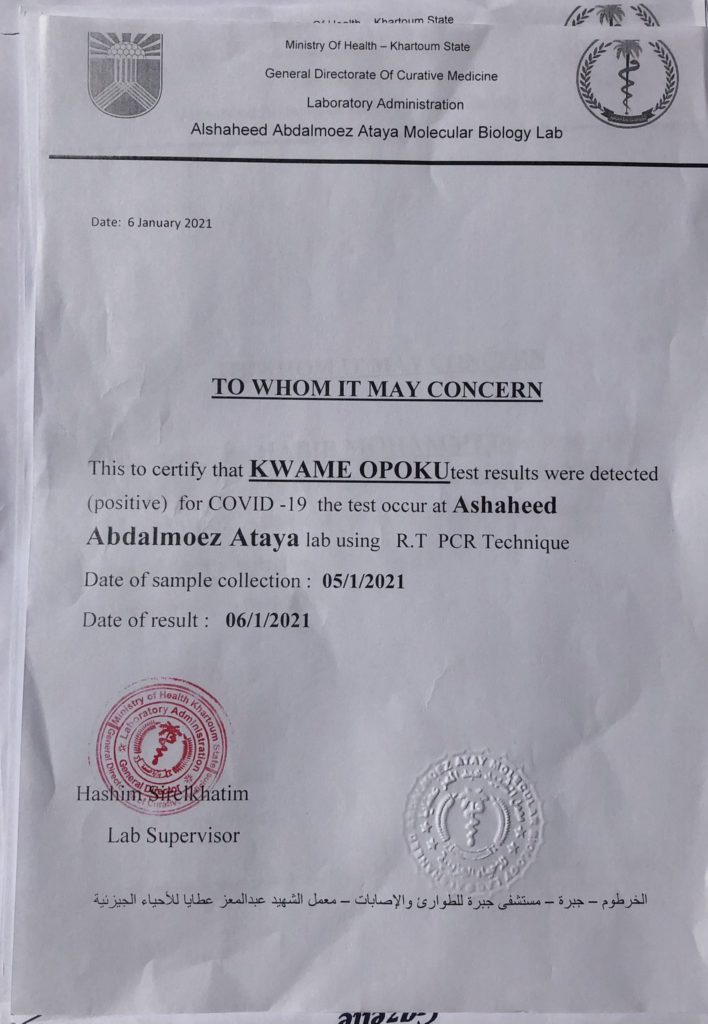 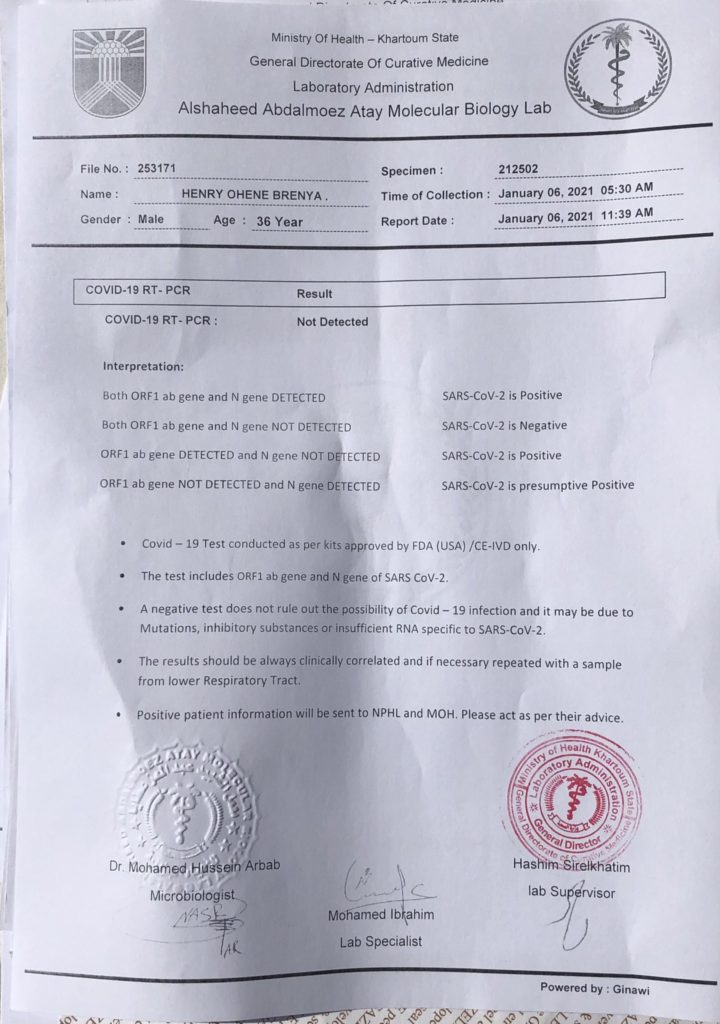 Kotoko has to overturn a 1-0 loss suffered at the Accra sports stadium on December 23, 2020, to qualify for the group stages of the competition.