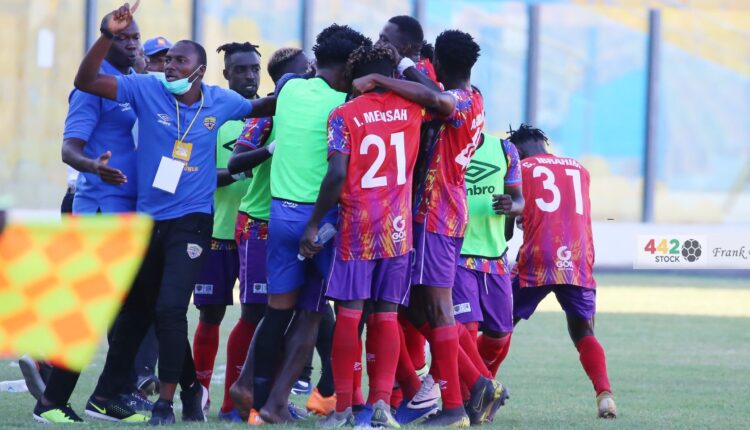 CAF Champions League: Hearts of Oak to face Wydad Casablanca in next round

Hearts of Oak have set up a date with Moroccan giants Wydad Casablanca in the next round of the CAF Champions League after beating CI Kamsar on Sunday.

Two goals by substitutes Kofi Kordzi and Salim Adams within the last 10 minutes of the game secured victory for the Phobians after being frustrated by Kamsar in most parts of the game.

The one-leg decider was played behind closed doors at the Accra Sports Stadium due to Covid-19 restrictions.

Political instability in Guinea forced CAF to change the two-legged clash to a one-off decider in Accra, but fans were not allowed into the Accra Sports Stadium due to Covid-19 restrictions.

In advancing to the next stage, Hearts of Oak will host Wydad for the first leg at the Accra Sports Stadium before going to Casablanca for the second leg in October.

The winner of the tie will qualify to the group stages of the Champions League while the loser drops the CAF Confederation Cup.