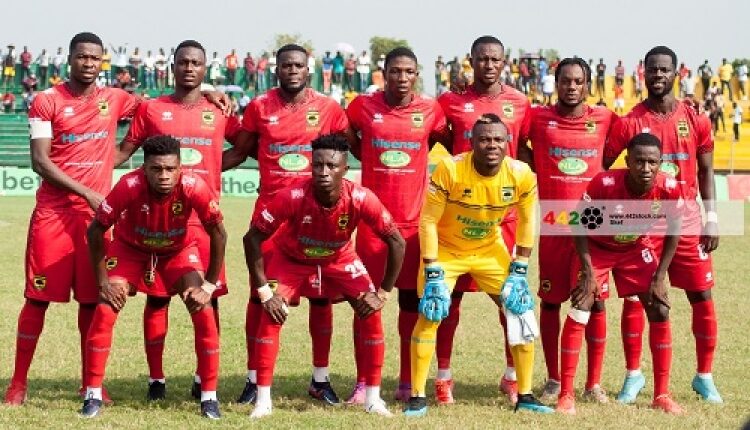 Kumasi Asante Kotoko have been drawn against Burkinabe champions Rail Club de Kadiogo for the preliminary round of the 2022/23 CAF Champions League.

The matchup was confirmed in the draw held on Tuesday, 9 August 2022, by Africa’s football governing body, CAF.

Kotoko’s opponents, just like them, are the current champions of neighbouring Burkina Faso.

The first leg is scheduled for the weekend of 9 September to 11 September, with the second leg taking place the following weekend.

The winner of this tie will face the winner of Botswana’s Gaborone United or DR Congo’s AS Vita Club in the next round.

The Kumasi-based club makes its return to Africa’s elite club football competition after exiting in the first round of the 2019-2020 season, losing 3-4 on aggregate to Nigeria’s Kano Pillars.

The Porcupine Warriors will be hoping to overcome the challenge from Rail Club de Kadiogo as they set their sights on reaching the group stages of the competition, which has eluded them since 2006.

However, since winning the Ghana League title, Kotoko have lost some key players like Mudasiru Salifu and Ibrahim Imoro, and is on the verge of losing Striker Franck Etouga Mbella.

They are currently in Accra to begin their pre-season training and will travel to Turkey in the upcoming days to continue preparations for the upcoming season.