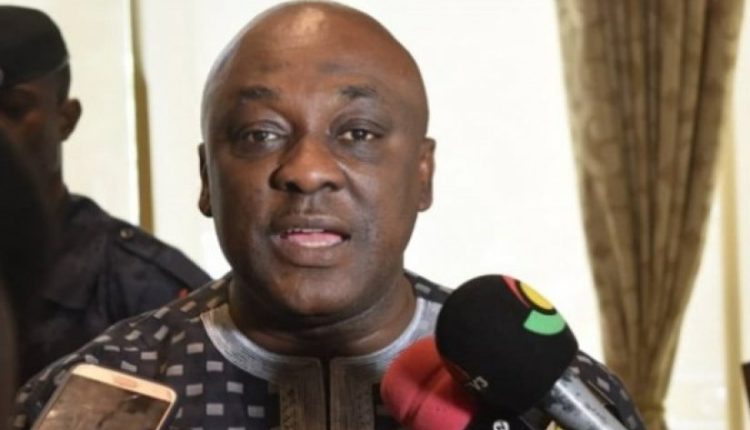 The Deputy Minister for Trade and Industry, Carlos Ahenkorah, has resigned after admitting he breached coronavirus safety protocols.

Mr Ahenkorah said last Thursday that he visited public places despite testing positive for COVID-19, an infectious disease that has killed 117 in Ghana.

His actions triggered calls for his dismissal on social media.

In the statement from the Presidency, it said Mr Ahenkorah had acted “honourably” in tendering in his resignation.

The government has been under pressure to justify its commitment to tackling coronavirus after the governing party’s parliamentary primaries were fraught with severe breaches of the protocols.

The President described the mass and manifest breaches regrettable and said it should not happen again.

This set the stage for greater scrutiny of the government’s commitment to crack the whip within his party if the safety protocols are breached.

Mr Ahenkorah’s indiscretion became a test case for the President, who gave him the option to resign or be sacked.

Barely 12 hours after that directive Thursday night, the MP for Tema West has jumped.

Pictures of Mr Ahenkorah’s visit went viral after the media reported he had been admitted to the Korle Bu Teaching Hospital.

The MP, however, defended his actions, stating that he did not think his visit could endanger the lives of others at the centres.

“I decided to see how some of the centres were just operating. So I stepped out into town a bit.

“I can assure you that I’m a very careful person and I was very mature about it,” he said in an interview on Asempa FM monitored by theghanareport.com.

Below is the statement from the President: 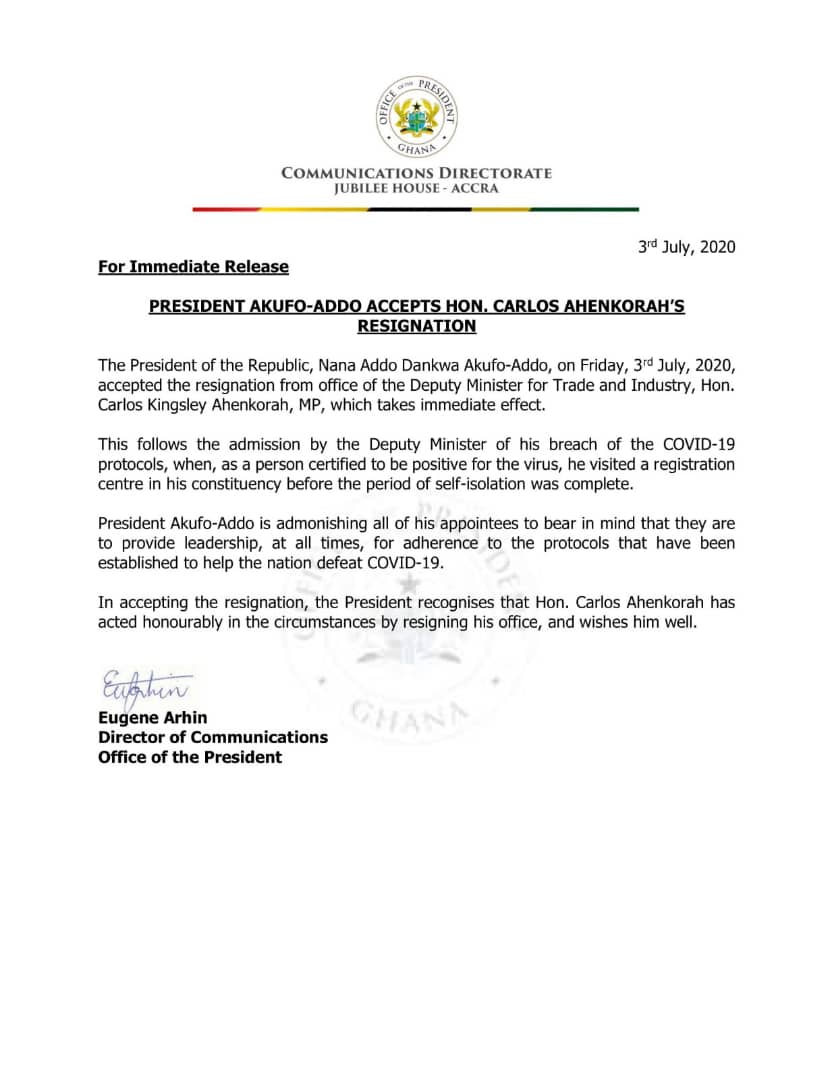