Catherine Afeku, the Minister of Tourism, Arts and Culture, has been adjudged the Most Active Tourism Minister in West Africa at the African Travel Times’ 2018 Awards, in Accra.

Mr. Akwasi Agyeman, the Chief Executive Officer of the Ghana Tourism Authority, was also awarded the Most Active Head of National Tourism in the Sub-region.

The African Travel Times, the organisers of the event, said their aim was to identify excellence among the travel and tourism industry and encourage actors to be more effective and efficient in the execution of their duties. 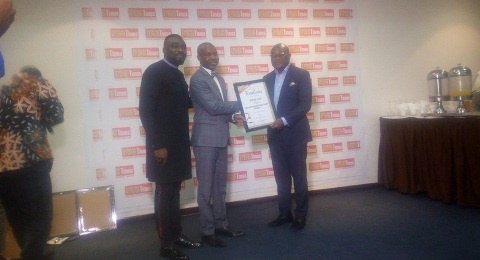 Awardees in the Governments and Agencies Category included: the Ghana Tourism Authority – the Most Active Tourism Agency (West Africa); while the Bayelsa State Government in Nigeria was recognised for establishing, the International Institute of Tourism and Hospitality.

The Benin Republic and Togo were adjudged joint winners of the Authentic African Traditional Culture and Voodoo Capitals (Worldwide) award; while South African Tourism was decorated with the Most Effective National Marketing Tourism Agency (Africa) award.

In the Ghana category, the winners included: Mr Bassem Toura, General Manager of Holiday Inn received the award for the Three-Star Hotel category; while the General Manager Award for the Four Star Category went to Mr Roman Krable of the Accra City Hotel.

The General Manager of the Five-Star Category as well as the Manager of the Year Award for went to Mr Michael Rathgeb, of Movenpick Ambassador Hotel.