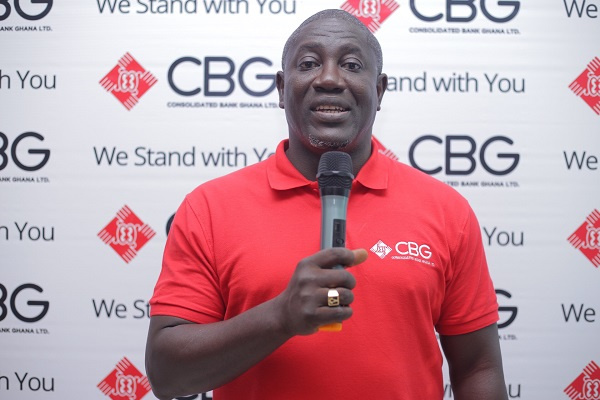 CBG posts profit in less than a year in operation

CBG Ghana has in less than a year, moved from a negative position to post profit, in a generally challenging banking environment. This was on the back of prudent management practices; the Bank has explained.

CBG was formed in August last year after the collapse of Five struggling banks in the country. The banks were Sovereign Bank, Royal Bank, The Beige Bank, Construction Bank and Unibank. Heritage Bank and Premium Bank were added in January 2019. These banks had liquidity challenges and the Bank of Ghana opted to revoke the licenses of the said banks. CBG was established to salvage depositors’ funds and to manage the aftermath of the banking sector shake-up

From a very difficult position complicated by a general loss of customer confidence in Ghana’s banking system, which resulted in depositors seeking to withdraw all their funds, CBG fought hard and ended 2018 with a loss of 22.8million Ghana Cedis.

CBG overtime won the trust of many customers who kept their funds after the initial threat to move deposits, while others returned funds that were initially withdrawn.

But six months into 2019, CBG has succeeded in turning around its fortunes and moved into profitability. Its 2019 second-quarter results show a profit after tax of 41.1 million Ghana cedis, representing about 280 percent improvement on performance over the 2018 financial results.

Having stabilized the finances within such a short period, the bank appears to have turned its attention to growth through a number of marketing activation programmes nationwide. Staff of the bank were seen in branded attire on major streets in various towns throughout the country. It also launched its tagline “We Stand with You”, to signify its commitment to clients.

The Managing Director of CBG, Daniel Wilson Addo, said in an interview that the Bank was poised to be the preferred bank in Ghana. He said the quick turnaround is testimony of the strong desire to excel and a solid workforce. He commended the customers for believing and staying with the bank, adding that the Bank will stand with them and grow with them. “There is something great happening at CBG and we invite all to come and experience great banking the CBG way”, the MD added.

Mr. Addo commended staff of the Bank for working hard to ensure that the Bank became profitable in record time. He said the future was very bright and encouraged both individuals and corporate organization to join the CBG family.