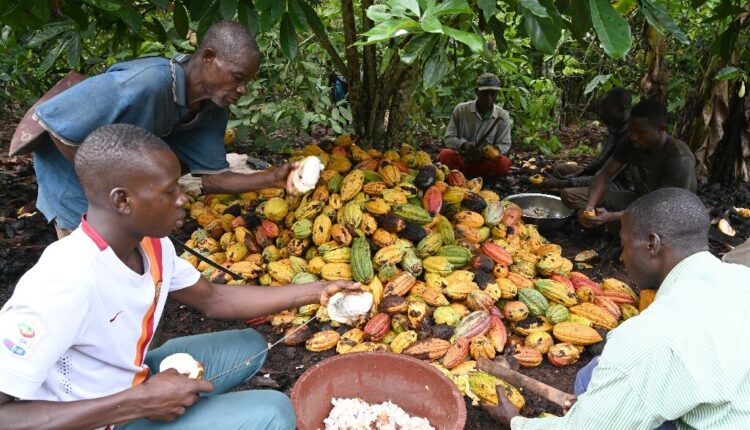 But will farmers’ expectations be met on 2022 Cocoa Day?

October 1 is designated annually as Cocoa Day. It marks the commencement of the cocoa year which ends in September the following year.

Cocoa Day is dedicated to celebrating the work and contributions of smallholder farmers to cocoa-producing economies and also the world cocoa and chocolate industry.

Among others, it raises awareness about the difficult working and economic conditions of the millions of cocoa growers who account for the cocoa beans used in manufacturing the world’s favourite snack – chocolate.

In Ghana, the celebration of Cocoa Day is particularly significant for a number of reasons.

Firstly, it marks the official opening of the main crop season and sets the tone for internal marketing or cocoa buying activities.

Secondly and most importantly, this is the day the President of Ghana or a representative announces the cocoa producer price or farmgate price for the ensuing cocoa season.

While the announcement is a common yearly ritual, there are quite some reasons to suggest that the yet-to-be-disclosed 2022/23 producer price could either make or break an industry sitting on tenterhooks.

Here are some 5 reasons the Producer Price Review Committee (PPRC) may be considering as it concludes it work.

The prevailing cocoa producer price was first announced by President Nana AKufo-Addo on 24th September 2020 at Sefwi Wiawso, ahead of the 2020/21 Cocoa season.

One metric tonne of cocoa beans was pegged at GHS10,560, which works down to GHS660 per 64kg bag. The same producer price was maintained for the soon-expiring 2021/22 season. In effect, there was no increment.

While announcing the government’s decision to maintain the same price for 2021, the Minister of Food and Agriculture, Dr Owusu Akoto Afriyie, explained that in spite of the fall in the world market price of cocoa, among other factors, such as the effects of the Covid-19 pandemic on the global economy, the producer price of Gh¢10,560.00 per tonne, represented 87.15 % of the FOB value demonstrating government’s commitment towards improving the livelihoods of cocoa farmers.”

But for cocoa farmers, a lot has changed in terms of the economic situation in the country since October 2020, which they contend warrants an increment come hell or high water.

Whereas sections of farmers are expecting a modest 30% raise, still others are demanding GHS1500 for a bag of cocoa beans citing obvious reasons.

Whatever the change to be announced, it does seem certain that the 2022/23 cocoa producer price would either pump up some level of hope among farmers or could be the last straw that breaks the camel’s back.

The 2020 historic hike in the cocoa producer price was the direct result of implementing the $400-per-tonne Living Income Different (LID), a poverty alleviation bonus agreed upon in 2019 between Ghana and Cote d’Ivoire, on the one side, and cocoa buyers and chocolate companies on the other.

The LID translates to $25 per bag, which in October 2020 converted to GHS145 at an exchange rate of GHS5.8 to the USD. That amount added to the previous year’s producer price of GHS515 summed to GHS660.

The payment of the full sum of the LID to cocoa farmers was in direct fulfilment of a condition underlying the agreement.

It’s interesting that although there have been exchange rate gains in the last 2 years, at least for the $25-LID component, the farmgate price has remained unchanged.

The GHS660 per bag producer price itself as of the time of the first announcement was worth $114, but is presently worth about $69 at today’s BoG USD-GHS exchange rate of 9.54GHS.

Meanwhile, per Ghana Statistical Service data the inflation rate rose from 9.9% at the end of 2020 to 33.9% at the end of August this year impacting the prices of goods and services and taking a toll on cocoa farmers.

Definitely, there needs to be some price adjustment to compensate for the over 55% value lost to the already disadvantaged smallholder cocoa farmer, at least in a similar manner as the Cost of Living Allowance (CoLA) recently paid to civil servants.

Supply chain disruptions occasioned by the Russia-Ukraine conflict have driven a scarcity in the fertiliser and agrochemicals market with its attendant price increase.

Prices of various types of agro-input products on the Ghanaian market have reportedly seen astronomical increases of between 300 – 400%, if available at all.

In the same vein, fuel, transportation and utilities prices have recorded quite significant upward adjustments since the last cocoa producer price increase aggravating the living condition of cocoa growers.

Meanwhile, the cost of labour for farm maintenance is now said to be out of the reach of poor smallholder farmers.

In a nutshell, these circumstances, among others, have consequently shot the cocoa farmer’s cost of production through the roof.

Certainly, there is no gainsaying Ghana’s gallant cocoa farmers require urgent intervention in the compensation paid for their toil in order to sustain their cocoa production efforts.

Information emanating from Ghana Cocoa Board suggests that in a space of 1 year some 19,000 hectares of vibrant cocoa farms were lost to galamsey activities in only two regions.

Some of these farms are said to have been forcibly destroyed by illegal galamsey gold miners, while others were allegedly leased to the miners by land owners, mainly traditional authorities.

However, it is emerging that many frustrated and disillusioned cocoa farmers are now also joining the fray and willingly turning over their farms to galamsey operators in nightmarish cocoa for cash trend, a situation confirmed by the sector regulator – Cocobod.

Recent environmental monitoring and investigative reports indicate that the advancement of galamsey gangs, some of whom are armed to the teeth, is akin to a raging fire devouring water bodies, land and farms alike.

Judging by the sentiments from cocoa communities and farmers, it is palpably clear that the President’s producer price announcement for the upcoming season wields the wand to either make or break the country’s cocoa sector.

In some areas in the Central and Western cocoa regions, and indeed in other regions as well, it is reported that some cocoa farmers have begun diversifying into other cash crops.

Certain farm owners in cocoa rehabilitation zones are, for instance, said to be resisting the programme opting instead to grow other commercial plants.

Popular among the alternative cash crops are cashew, rubber and oil palm. The actions of these cocoa farmers are premised on the promise of better incomes and livelihood for themselves and their families.

Perhaps now is the time for cocoa buyers and chocolate companies to walk the talk to improve living incomes for cocoa farmers as well as expand their sustainability programming to cover the remaining 80% of Ghana’s 800,000 cocoa farming families.

Such interventions would no doubt contribute immensely to achieving the sustainability goals of the cocoa and chocolate industry.

Finally, on the occasion of the 2022 Cocoa Day celebration at Suhum, in the Eastern Region, Ghanaian cocoa farmers have made a clarion call for a price increase that not only offers a glimmer of hope and reason to hold their position against illegal gold mining and but also to cushion them against the harsh economic conditions felt by all and sundry across the nation.

But while the expectation of farmers remains high, and understandably so, it is also worth noting that the international market prices for cocoa have plummeted from a 2020 average of $2500 per tonne to $2200 per tonne in 2022.

Ghana Cocoa Board July this year announced it has had to subsidise the producer price of cocoa to the tune of $400 million yearly as world market prices tumbled amidst the erosion of origin premiums by buyers.

Within that period, Ghana’s neighbour Cote d’Ivoire has reduced its own cocoa producer price by 9% to the current CFA41250 per bag converting to GHS628.31, which is lower than the GHS660 Ghana pays.

However, should Ghana fail to increase the price of cocoa and Cote d’Ivoire goes ahead to announce a price increase higher than that of Ghana fears are that it could spark a wave of cross-border smuggling.