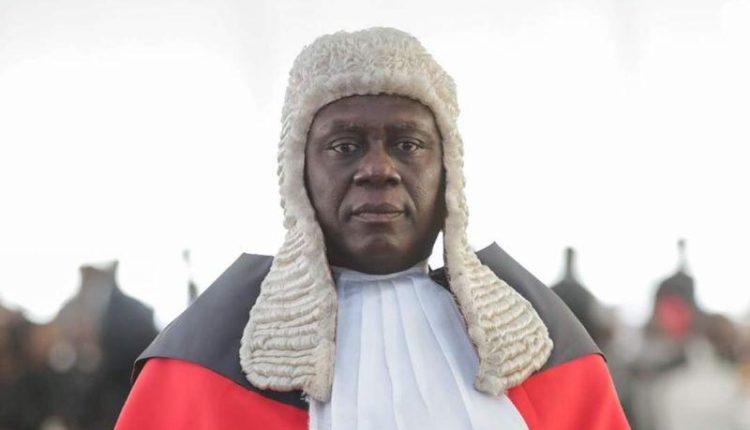 Chief Justice Kwasi Anin Yeboah has gone into mandatory self-isolation following an exposure to someone who had contracted covid-19.

This decision was contained in a circular from the Judicial Service addressed to all high court judges.

“Respectfully, his Lordship has from July 6, 2020, on the advice of his doctors embarked an a 14-day self isolation in compliance with COVID-19 protocols.

“During this period, his lordship the Chief Justice will work from his official residence at Cantonments, Accra,” the statement directed.

Meanwhile, the Supreme Court has suspended its sitting, commencing from July 7 due to alleged COVID-19 fears.

Find the statement to that effect 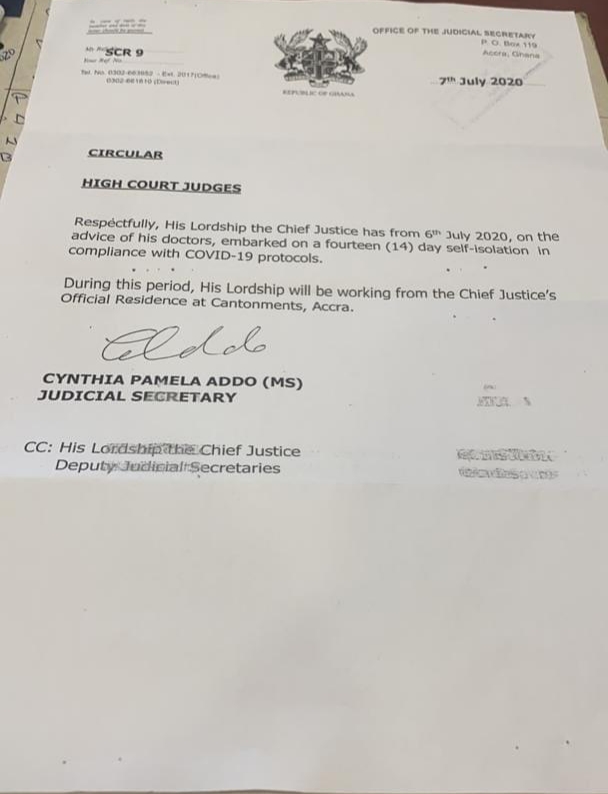 The Chief Justice’s self-isolation makes him the second head of an arm of government to go into self-isolation as a precautionary measure against COVID-19.

President Nana Addo Dankwa Akufo-Addo over the weekend went into self-isolation as an unnamed person in his inner circles contracts the disease.

On Tuesday, Yaw Osafo-Maafo also started treatment for the dreaded disease as the Ghana Health Service confirmed that he had tested positive.