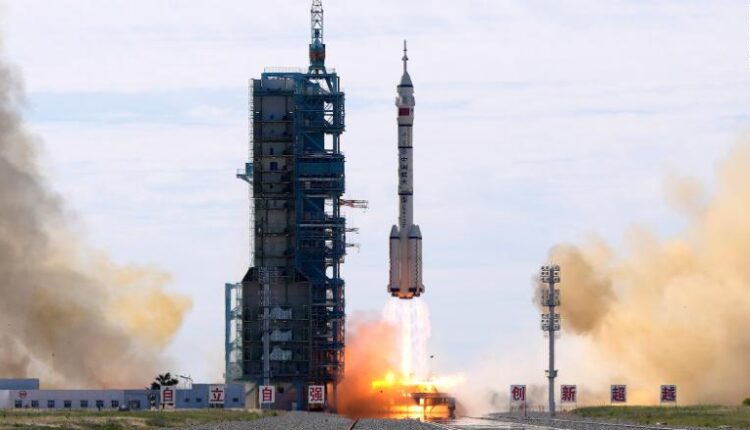 The mission sent the crew to the core module of the planned space station, called Tiangong or Heavenly Palace, which is still under construction in a low-Earth orbit.

A Long March-2F rocket carrying a crew of Chinese astronauts in a Shenzhou-12 spaceship lifts off at the Jiuquan Satellite Launch Center in Jiuquan, northwestern China, on June 17, 2021.
The spacecraft docked with the core module about six-and-a-half hours after launch, according to state media CGTN. The crew will stay in orbit for three months, during which the life support system and maintenance will be tested.
The Shenzhou-12 mission is the first crewed mission and the third launch of a total of 11 launches for China’s space station construction. This is also China’s first manned mission in nearly five years.
During the three months, two astronauts will conduct two long-duration spacewalks. After this mission, another three crewed spacecrafts and two laboratory modules will be sent to the space station, with the aim of completing its construction by the end of 2022.
Huang Weifen, one of the chief designers on the manned space program said that during the mission the crew will be using new spacewalk suits as well as a new spacecraft. “The possibility of various problems is quite high. So for the astronauts, emergency decision-making and troubleshooting capabilities are also very high requirements,” said Huang.